Dad Finds Security Camera Unplugged And Watches Tape, What He Finds Has Him Doing A Double Take 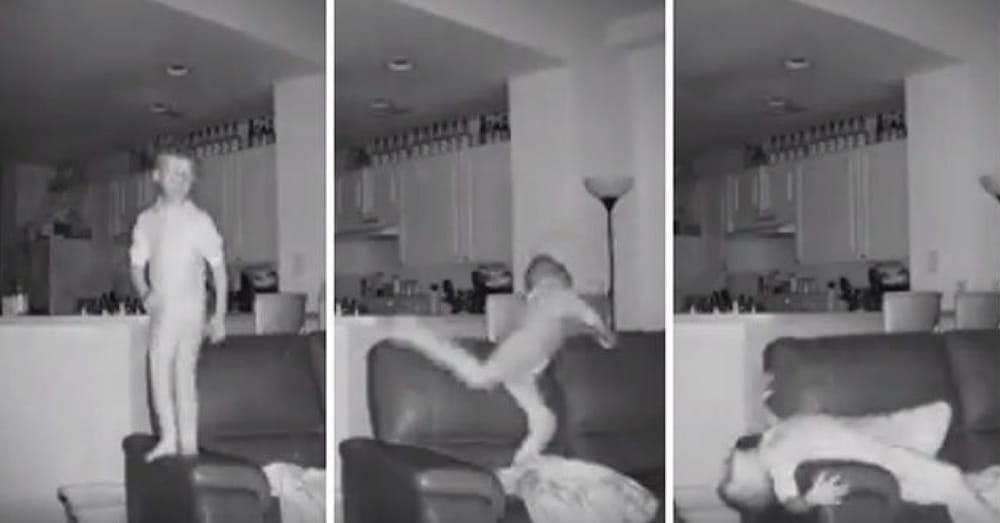 When their 6-year-old son Dylan told them he gets up “at like 2 a.m. sometimes,” his parents thought he was just exaggerating like many kids are prone to do. It was only when Dylan’s dad, Cody Wray, looked back at their security footage that they realized Dylan wasn’t exaggerating at all.

Cody, who owns an IT security company in Florida, had installed a video surveillance camera in their living room. When he noticed the camera had been unplugged he became suspicious and decided to check the footage.

When he saw what the camera had captured he had to do a double take.

The camera had caught little Dylan having his own little middle-of-the-night party in the living room! The energetic young boy was doing cartwheels across the floor, jumping on the couch, and doing somersaults off the arms of the couch. Basically everything his parents don’t let him do during the day.

Even though Dylan was obviously doing things he wasn’t supposed to do, it was hard for his parents to be mad because it was just so darn funny!

“Every time we watch it’s still hysterical,” Cody said. “You want to be mad at him since he’s jumping on our brand new couches, but he’s just so cute.”

Cody posted the video on Facebook where it has since gone viral. People just can’t get enough of the midnight wild man!

“He’s just practicing his ninja skills… and you know they can only train at night,” one person commented.

“Has to be one of my favorite posts of the week,” another person said.

As funny as the video is, perhaps the best part of the whole thing is what the camera captured at the end. When Dylan realized the camera was recording he decided to unplug it in the hopes that it would erase all evidence of his crime. Instead it captured this perfect mugshot: