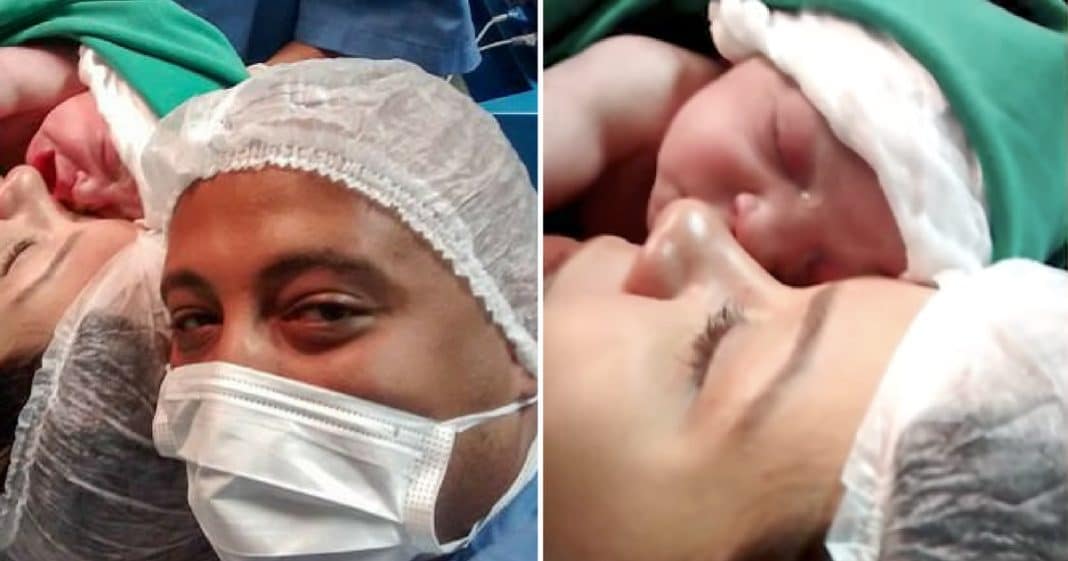 The moment a baby enters the world is always incredible and miraculous, but sometimes there is just something extra special about the birth that makes us all stand back in awe.

Such was the case during this birth at the Santa Monica hospital in Brazil. Brenda Coelho de Souza, 24, was delivering her baby via C-section and the baby’s dad was filming the beautiful moment when their daughter arrived.

But it’s what happened after baby Agata Ribeiro Coelho’s birth that has really taken the internet by storm.

Soon after Agata was born, she was placed right next to her mother’s face so the two could begin to bond. As the pair lay next to each other, eyes closed, Agata did something remarkable – she reached her tiny arm around her mother’s face and held on tight in an incredible display of love.

Brenda soaked up the special moment as Agata even appeared to try to give her mother a kiss (though she may have just been looking for some milk).

The sweet moment has since gone viral – people just can’t get enough of the tender embrace between this mother and daughter as they meet for the first time.

“It was an incredible moment when my daughter hugged me for the first time,” Brenda recalled. “The medical team were great and were all really surprised that she acted this way, they couldn’t believe how affectionate she was with me.”

Baby Agata is now three months old, and the love shared between her and her mom is stronger than ever.

“I love being a mother,” said Brenda.

Were you touched by this incredible moment between mother and daughter? So share this!