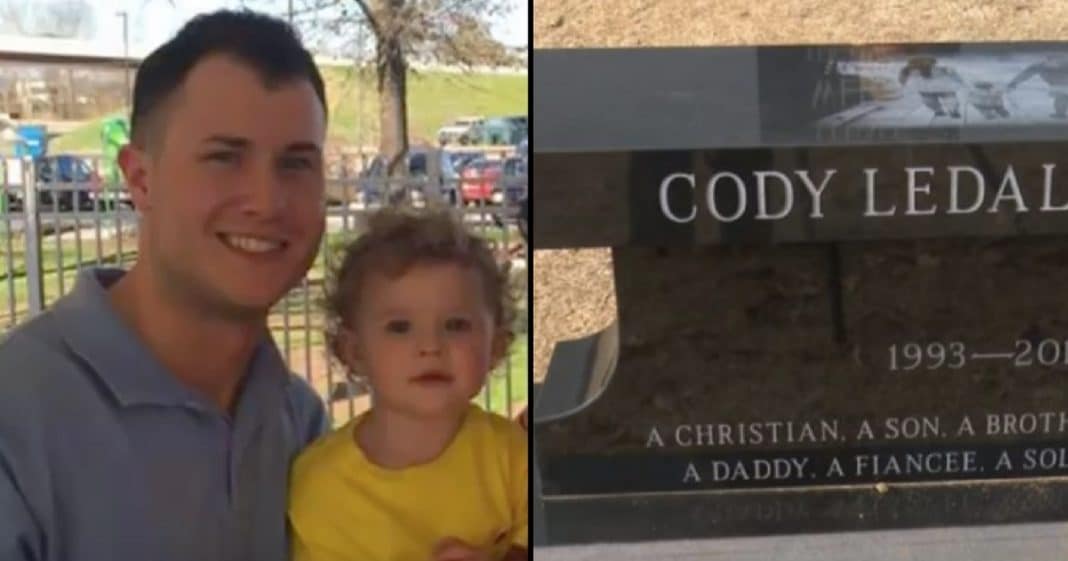 It started out like any other day. Cody Wells kissed his fiancee, Danielle, and their son, Braxton, goodbye before heading to his job with the police department.

When Danielle heard a knock at the door later that day, she thought Cody had forgotten his keys. But when she opened the door, two officers were standing there to tell her that Cody’s car had gone off the road and collided with a tree. He was gone.

In that instant, Danielle saw all their hopes and dreams for their future together shattered.

Heartbroken, she was determined to keep Cody’s legacy alive for Braxton. The two of them visited Cody’s grave every single day.

But as the pair made their way over to his grave on Christmas Day, they found something that left them both stunned. Sitting next to the headstone was a wrapped present.

Now, we all know Cody couldn’t actually bring a present for his son, but when Braxton saw the gift, he was convinced his dad “flew down from heaven to surprise him.”

As Danielle found out later, the present had actually been left by their friend Chris Blake, who had designed Cody’s headstone.

Chris is glad Braxton was so excited, and he is happy to let Cody take the credit.

“Just to see the smile on his face meant the world to me,” he said.

Nothing can ever bring Cody back or fill the void his passing left, but we are happy to know that Danielle and Braxton have people looking out for them who will work to keep Cody’s legacy alive in their lives.

We know Cody is looking down on them from above, and he would be grateful.

Were you touched by Chris’ kind gift for Braxton as much as we were? So share this!