His Dad Has Been Deployed For Months. When Mom Hands Him This I Couldn’t Hold Back My Tears 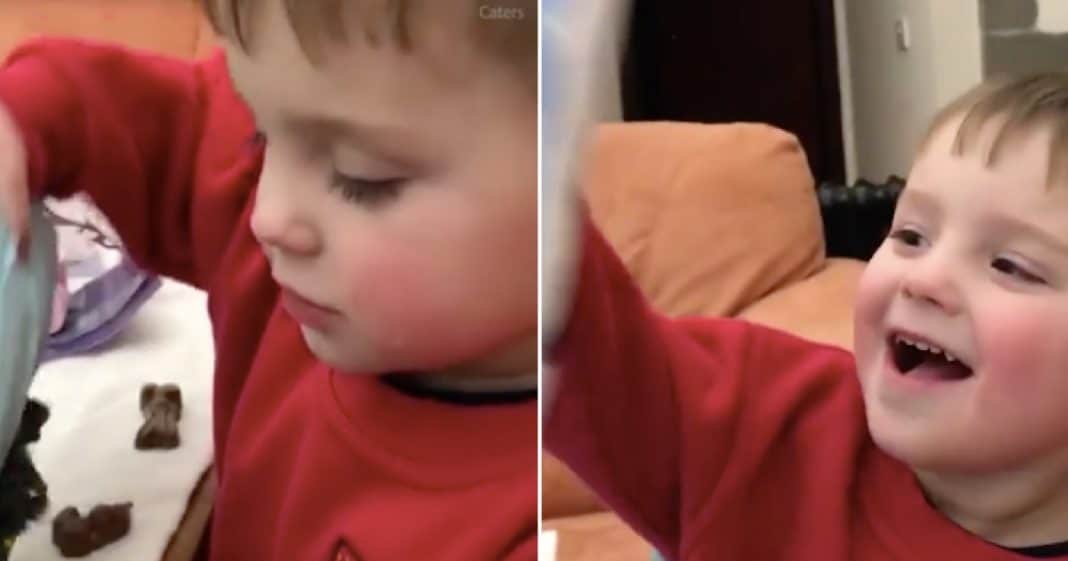 It’s hard on everyone when a loved one is deployed, but it’s especially hard for young children who can’t understand why their mom or dad isn’t home with them anymore.

Austin Mitchell, a three-year-old from Dundee, Scotland, was having a really difficult time after his dad was deployed. Barry Mitchell is an able seaman in the Navy and spends months at a time underwater in a submarine, which means Austin can’t even talk to him on the phone.

Austin’s mom, Rebecca Mitchell, was heartbroken watching her son miss his dad so much and was struggling with a way to help explain why he couldn’t talk to him.

“Every night Austin would ask me where his daddy was,” she said. “It’s so hard telling a three-year-old he can’t see his dad and even harder trying to explain he can’t speak to him because he is underwater.”

But then Rebecca discovered Huggable Heroes, a company that creates personalized dolls of loved ones. She ordered one of Barry and wrapped it up for Austin.

She wasn’t sure what he would think of it, but his reaction when he saw the doll left her in tears…

“It’s Daddy!” Austin exclaimed before giving the doll a tight squeeze. “I want to show Daddy – ‘That’s you!'”

“I wasn’t sure what he was going to do when I gave him the doll, but his reaction actually made me really emotional,” Rebecca said. “You can hear my voice crack a little in the video.”

She said Austin now takes the doll with him everywhere. His nursery doesn’t usually allow children to bring comfort items, but they have made a special exception for Austin so he can have his dad with him wherever he goes.

Of course, a doll is not as good as the real thing, but having his Huggable Hero to squeeze tight helps make the separation a little more bearable until his dad can finally come home.

Did you love seeing Austin’s reaction to the doll as much as we did? So share this!