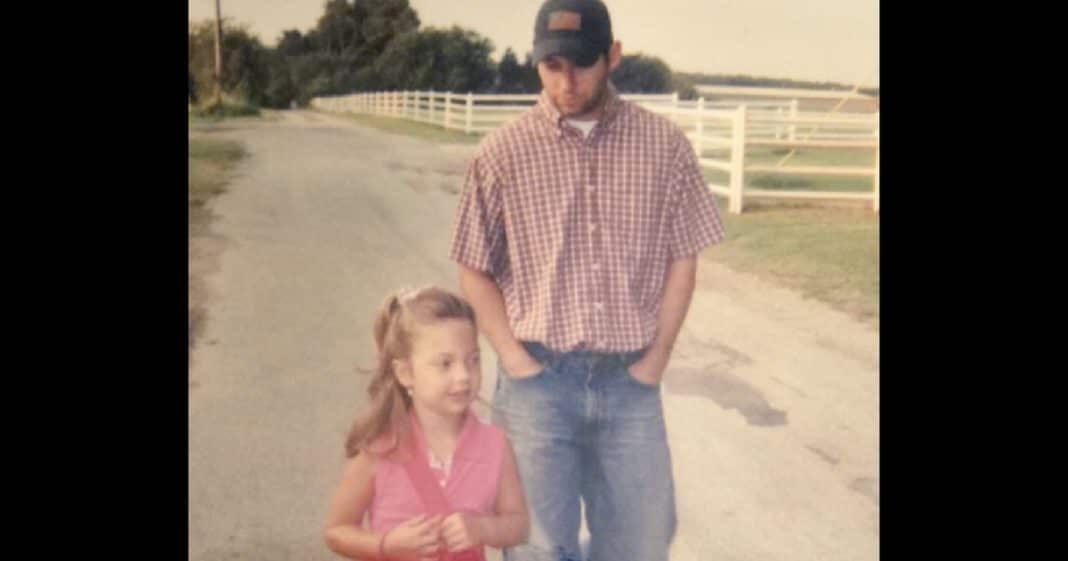 Sifting through a stack of old photos as the end of his daughter’s senior year of high school was rapidly approaching, Jason Gayler couldn’t help but get emotional when he stumbled on one picture in particular.

It showed him walking his daughter Brittany to school on her first day of kindergarten when she was 5 years old. The picture not only had him welling up, it also sparked an idea.

Jason, 38, and Brittany, now 18, recreated the photo, this time with Jason walking Brittany to her last day at Alvord High School in Alvord, Texas.

Brittany tweeted the picture on May 25 alongside the original photo, warming hearts with a moment she won’t soon forget.

“It was very bittersweet walking with him,” Brittany told TODAY. “It’s definitely a moment I’m going to remember forever. When I posted the tweet and going back and forth through the pictures, it just amazes me how fast it goes by. It feels like yesterday that we were taking that first picture.”

Several people joked in the responses to her tweet that her father didn’t seem to age at all in the 13 years between pictures.

“When everyone kept asking why my dad hasn’t aged and if he was Benjamin Button, my first reaction was, ‘Have you seen him in person?”’ Brittany joked. “But I do have to be honest. When I went back and looked at the pictures, I did notice that he still looks young.”

Read about Jason’s reaction to all of the attention on TODAY.