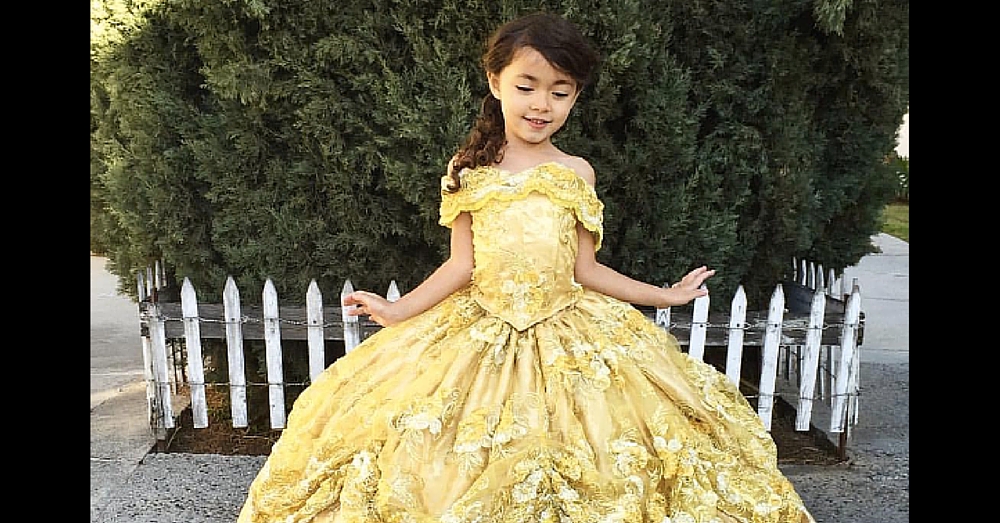 California fashion designer Nephi Garcia had been designing high fashion clothing for almost a decade when he decided to take things a different direction. The 32-year-old father of three told BuzzFeed, “once I had kids, it started to feel like the industry wasn’t really working for me.”

When the family took a trip to Disney World last year, Nephi’s 6-year-old daughter Lili asked him to make her a costume to wear to the park. Using some scraps of fabric he had, he made her a Fairy Godmother dress. The dress was practically indistinguishable from the one worn by the Disney cast member, and it caused quite a stir. Nephi received 10 costume orders the following day.

Ever since then Nephi has been creating fantastical costumes for his family and others who want to buy his designs. He prides himself on using high-end materials, like organic silk, and even gets some of his materials shipped from Europe.

Nephi said he hates repeating designs and is always looking for a new challenge. He likes thinking outside the box to create magical designs for his kids, like these flying bird designs that use wire to make it look like birds are carrying his daughter’s veil and train.

Another design that has caught the attention of his many followers is his transformation dress, which takes his little princess from rags to riches in just a few magical seconds.

Nephi’s designs have grown so popular that orders have started rushing in. He makes adult costumes in addition to his children’s designs, but while a children’s costume usually takes about six hours to complete, an adult dress can take anywhere from 12 to 48 hours to complete.

The incredible designs don’t come cheaply – a children’s costume starts at $600 and the adult dresses begin at $1,800. “I don’t charge cheaply,” he said, “but I also don’t deliver a cheap product.” Each outfit has a quality and attention to detail that is beyond anything we have ever seen.

Nephi loves designing for his family, but hopes to one day display his talent in a larger setting. “I hope that someday I can make costumes for Broadway shows or live-action movies,” he said. “But I will never give up making pieces for people who are not in the industry — I like to give them quality outfits that they can’t get anywhere else.”

Were you amazed by this designer’s incredible costumes? So share this!