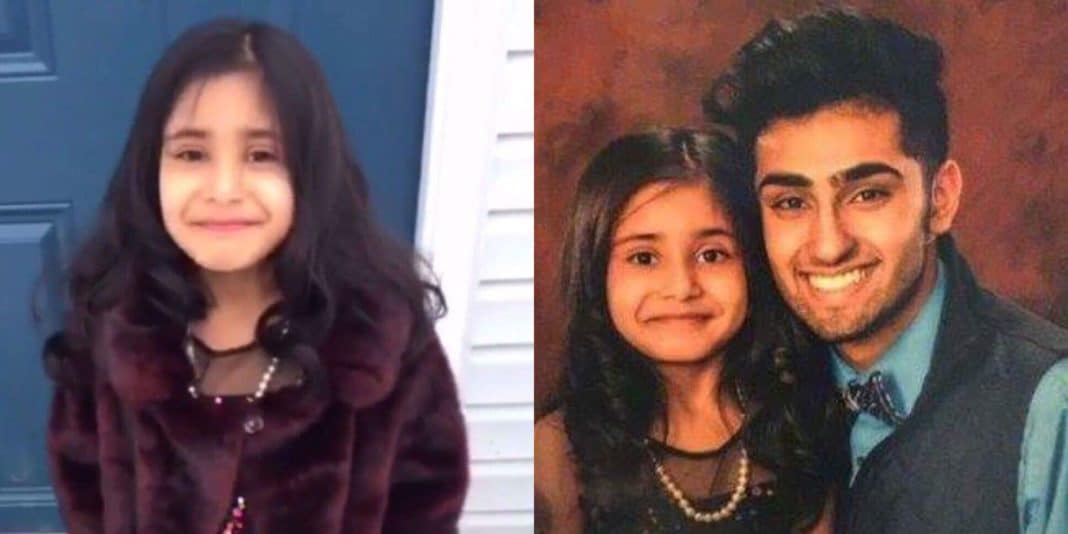 Brothers and sisters don’t always get along; but when it counts, they unequivocally are there for each other. Case and point, this older brother who took his younger sister to a father-daughter dance after the divorce of their parents.

17-year-old Mohammad Hasher saw his 6-year-old sister, Noor Sabah sitting dejected and sad on the couch of their home in Portage, Michigan. As an older brother, his heart melted at seeing his younger sister so unhappy.

“She told me there was a father-daughter dance at school and that she couldn’t go.”

Mohammad couldn’t let his little sister be upset, not when she really wanted to go to the dance: “There was no hesitation on my end, I shouted, ‘I’ll take you to the daddy-daughter dance!’.”

Like all siblings, Mohammad and Noor experience their rough patches, but Mohammad didn’t let those get in his way: “She gets on my nerves a lot, but we’re so close. We lean on each other for support and depend on each other for happiness.

“She’s my world and my ray of sunshine!”

Noor is “so thankful” for her brother’s kindness. The two danced the night away: “We had a lot of fun,” the first-grader at 12th elementary School told PEOPLE. “He looked very good, and he is so funny.”

Mohammad described his sister’s reaction when he asked her to accompany her to the dance: “She goes, “Wait, are you serious?!’” says Mohammad. “She doesn’t like to talk about dad, and I  know I needed to be a father figure for her.”

After hearing her son’s plan, their mother, Sadia Karamat jumped right in to help: “He’s such a good big brother.

“I”m so proud of him for stepping up.”

Before the big dance, brother and sister headed to Target for a little retail therapy: “The theme was Alice in Wonderland, so we picked out something fun,” says Mohammad. “She modeled for me, and it was perfect! Everything came together last minute.” 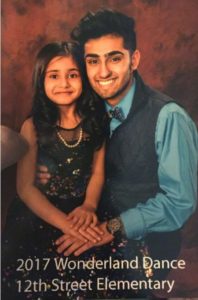 Noor couldn’t stop gushing about her dress: “I loved my dress it was so sparkly,” adds Noor.

There was a contest held during the father-daughter dance: “It’s so funny, they had a dad dance contest, and Noor goes, ‘You HAVE to enter!’” says Mohammad. “So I did! And I won! I got candy as a prize.”

“All the other dads were so salty.”

Mohammad posted photos he’d taken of the dance on social media. The young man is surprised yet humbled by the reaction they received: “I just hope people know it’s important to make sure you are being there for your family,” says  Mohammad. “Whether it’s your daughter, nephew, cousin… Just be there for them when you need to fill a void when they need you.”

Someone give this young man the brother of the year award, please! He’s earned it for the love and strength he’s shown his sister. What a fantastic role model!