Customer Forgets Money At Chick-fil-A Drive-Thru, Month Later Finds Out What Employee Did With It 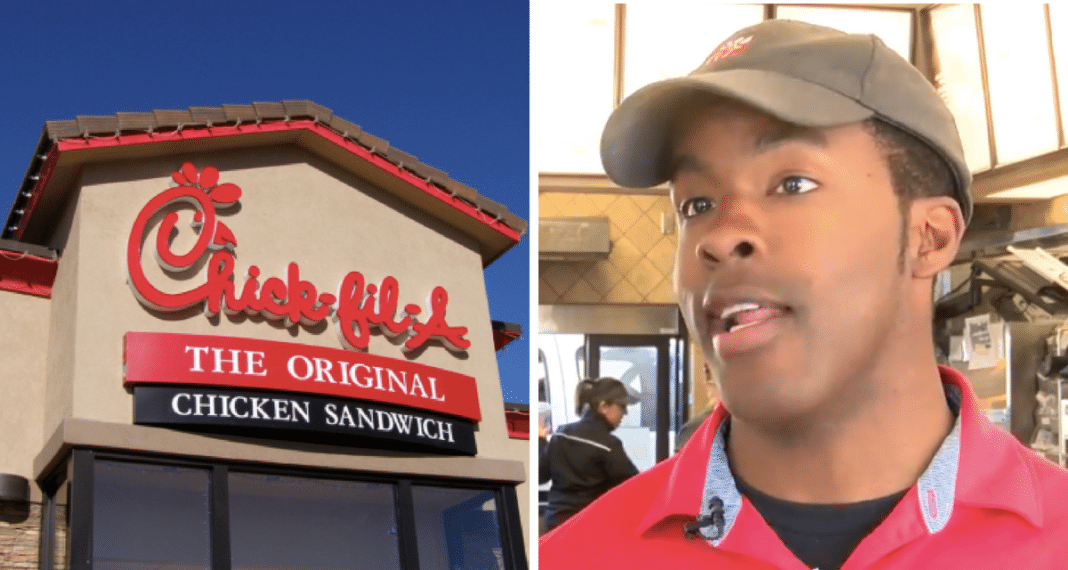 It’s so refreshing to hear when someone goes out of their way to do something nice for another person. Especially when their only motive is kindness.

Marcus Henderson, a cashier at Chick-fil-A in Lubbock, Texas is one of those people who tries to go the extra mile for his customers. Recently, he had the opportunity to show one of his regular clients just how far he was willing to extend that kindness.

It all started when Danny Cadra’s placed his order with Marcus at the drive-thru window. He then paid and left, forgetting to take his $3 in change.

“I’m supposed to keep this and give it back to him. I knew he was a regular, I was going to see him again eventually,” Henderson said to KLBK.

An act of kindness right here in Lubbock! A Chick-fil-A customer left his change behind on accident, so the employee…

The responsible young man took it upon himself to carry the envelope to and from work each day in the hopes that he could personally return it to Cadra.

“It was basically a part of my uniform. It was my name tag, my hat, my apron and I just put it in my back pocket, just in case today might be the day where I see him,” said Henderson to KLBK.

Almost a month later, the two finally managed to cross paths again at the drive-thru and what happened next left Cadra stunned.

Super proud of this story! It's great to see acts of kindness like this in our community <3

“[Henderson] says, ‘Awhile back, you left your change here,’ and I’m like, ‘My change, what do you mean?’ and he said, ‘You drove off without your change,’ and I said, ‘Are you serious man?’” said Cadra to KLBK. “I look in there and there’s the change.”

Cadra couldn’t believe Marcus had been waiting all that time to do his good deed. “It was like $3 and some change, and I never would have missed it,” said Cadra. “What a breath of fresh air, it meant that much to him, so it meant even that much more to me.”

Marcus explained that serving others has always come naturally to him. “I’m called to serve these people well, not only because of my job but who I am. This has pushed me to act in ways where I wouldn’t naturally,” Henderson said.

Not surprisingly, Cadra and Marcus bonded over the experience and plan to get together at a Chick-fil-A soon.