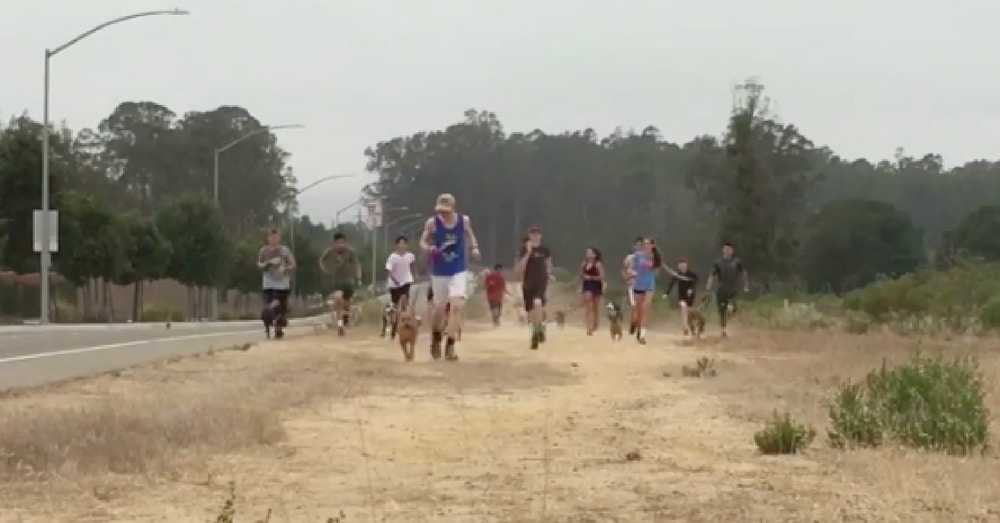 A high school cross country team found an easy way to spice up an otherwise mundane practice by inviting some special guests who always make everything better.

About 15 members of the St. Joseph High School cross country team in Santa Maria, California, took a joyous run on Aug. 4 with some dogs from the local Santa Barbara County Animal Shelter.

A video of the students running with the dogs posted on Facebook by head coach Luis Escobar struck a chord thanks to the sheer joy on the runners’ faces as they trotted along with the animals.

“I had mentioned it a few days prior and their initial reaction was lukewarm,” Escobar told TODAY. “I think they thought that it was kind of lame, and it turned out that it was super cool.

“The kids went nuts and the dogs went nuts. It was just an incredible match.”

Read more about the impact these runners have had on their local shelter on TODAY!