Couple Waits For Adopted Baby To Be Born, Then Husband Walks Back In Tears 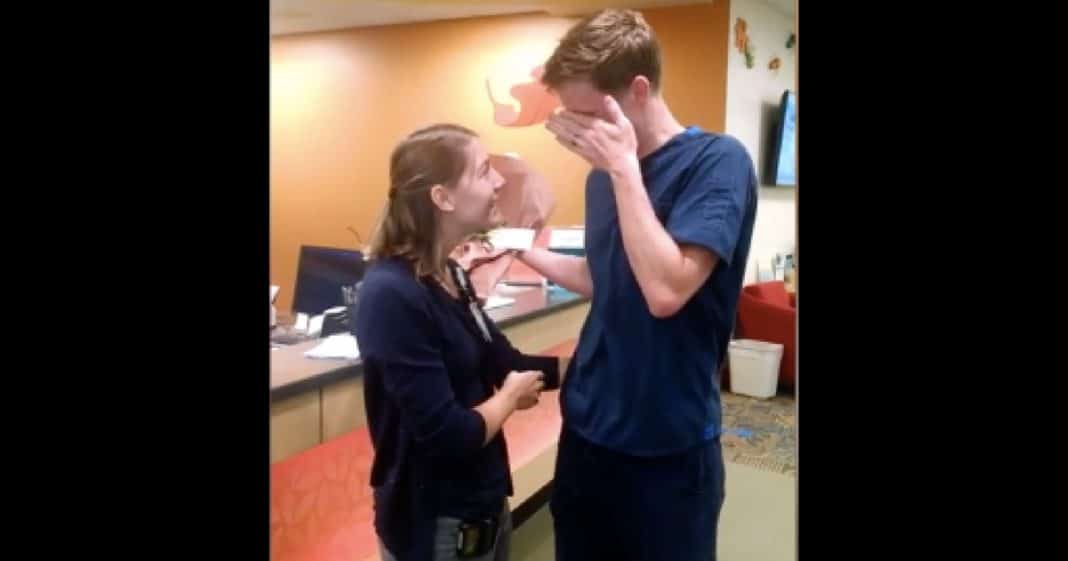 A baby’s birth is equally exciting whether it’s the birth of your biological child or hearing that the baby you’ve been waiting to adopt has been born. Many people recall the moment they first became parents as the single greatest moment of their lives.

It can be exceptionally emotional and exciting when a couple has struggled and waited to become parents for a long time. Matt and Katie know that firsthand.

The North Carolina couple desperately wanted to become parents, but they had struggled to conceive. That’s when they turned to adoption.

“I look forward to just laughter,” Matt said, dreaming of their future family.

“Being busy, having a messy house…We are really looking forward to the whole experience,” Katie added.

Genesis Media Solutions documented the couple’s adoption journey, and what they captured is absolutely stunning.

Matt came to visit Katie at work and he had some incredible news for his wife. “She was born already,” he says while wiping away his tears.

“What?! SHE was born already?!” Katie happily cried when she realized she had a daughter.

“She’s 7 pounds, 9 ounces,” Matt told her, adding that the birth mother had already revoked her rights and the baby would be transported to Charlotte, North Carolina on Friday. All that was left to do was pick up their daughter, whom they had named Natalie Gray, and bring her home.

My favorite part of the video is when Natalie was put in their arms for the first time. First Matt had his turn. He carefully and tenderly held his daughter, looking her in the eyes and telling her, “Hey. I’m your dad.” Then it was Katie’s turn. As she held her newborn daughter and hugged her close, she was at a loss for words.

The filmmakers shared their thankfulness for the chance to share in the excitement of watching this family grow from two to three. “In making this film with them we really discovered the true beauty of adoption,” they said. “Thanks to them for letting us come alongside them through their journey.”

Were you as touched by this sweet adoption story as we were? So share this!