Couple Sees Photo Of The Saddest Shelter Dog, Immediately Drives 6 Hours To Get Him 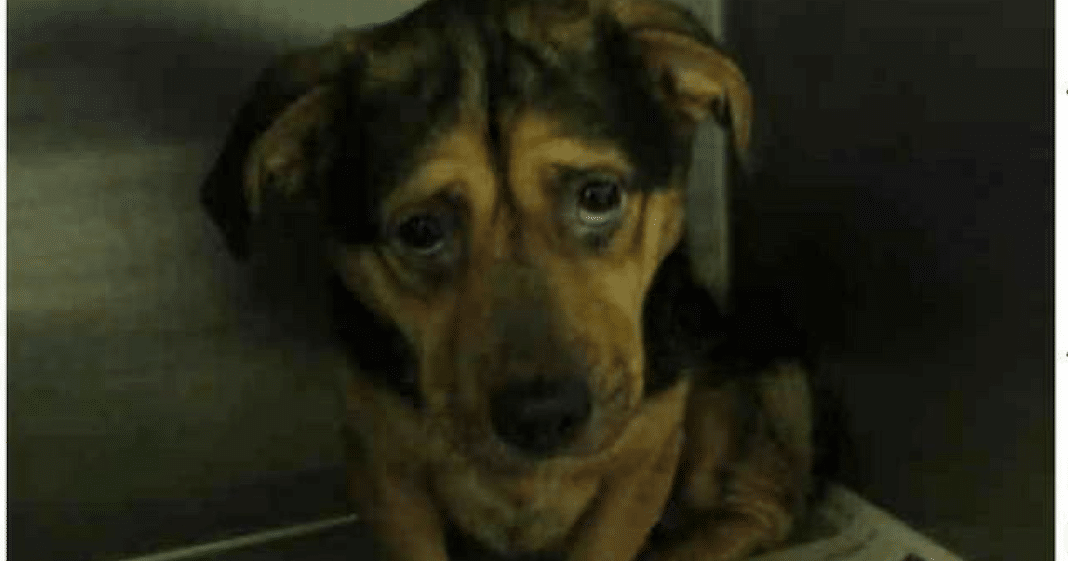 Jessica Williams loves dogs. She and her boyfriend, Jared recently moved into an apartment that allows pets. Jared promised her they could get a dog in November for her birthday. But Jessica couldn’t wait until then.

From their Sacramento home, she immediately began her online search for the perfect canine companion. And she found him in Benji. 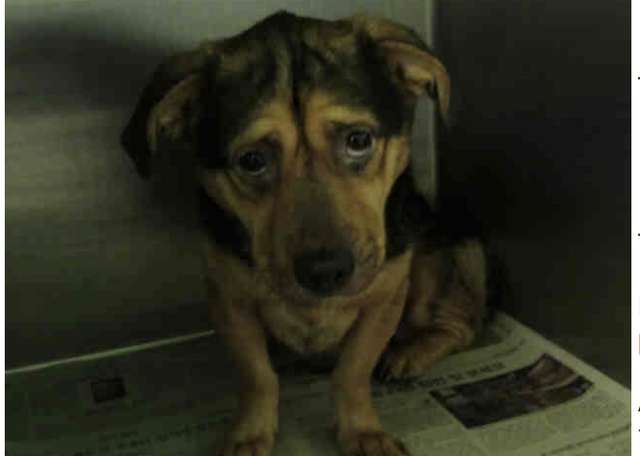 This poor guy was picked up as a stray in Los Angeles. He was quite wary of humans. Benji developed a flea allergy which caused him to lose the majority of his fur.

He was taken to a big public shelter. At first glance, he wouldn’t be the first choice for folks considering adopting a dog. 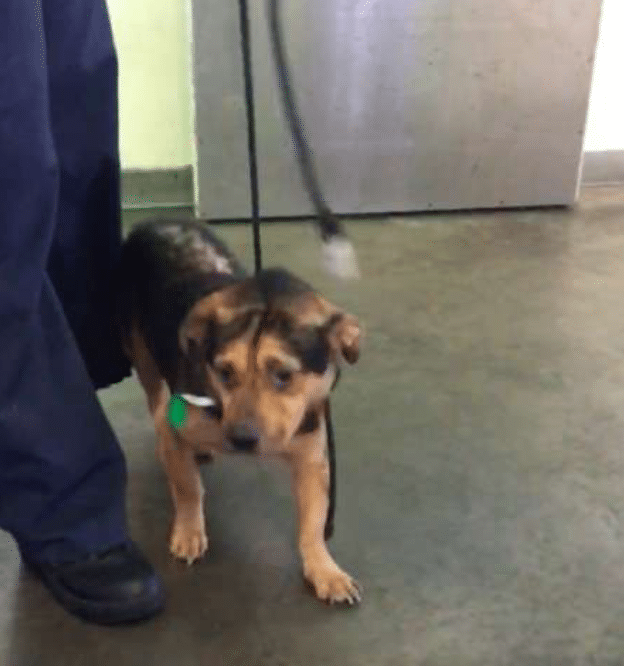 “He was at the shelter for ten days and wasn’t handling it well,” Williams told The Dodo. “He would snarl and snap at people as they walked by. I had never seen a sadder dog and knew we couldn’t leave him there.”

Despite the 6-hour drive to L.A., both Jessica and Jared knew making the long trip for Benjy would be worth it. When they arrived at the shelter and told the staff they were interested in Benji; the team didn’t have much faith in everything working out.

They tried to dissuade the couple from adopting him. “The shelter also told us he wasn’t friendly and refused to take us into a calm waiting area to get to know him because ‘he wouldn’t be a dog that would come over to us to be cuddly,’” Williams said. “We knew that he had a high possibility of being euthanized and didn’t want him to die.” 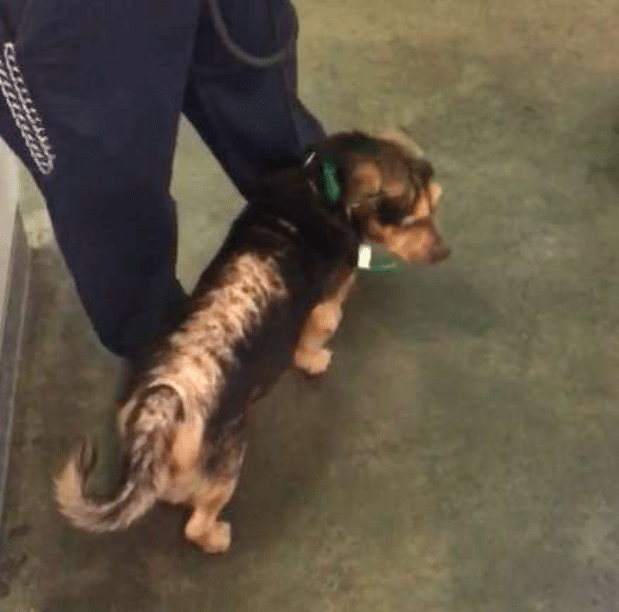 Despite the shelter’s misgivings and Benji’s surly personality, the couple were set on taking him home with them.

The drive back to Sacramento was a tough one. Dear Benji was confused about where he was and what was happening. He didn’t trust the humans who’d taken him from the shelter. When they got home, Benji avoided his human parents for a while. As time passed, something incredible happened.

When he realized he was safe and with loving people and in a good home, Benji opened up, allowing his true self to shine through. He became the playful fun dog they knew he could be all along. 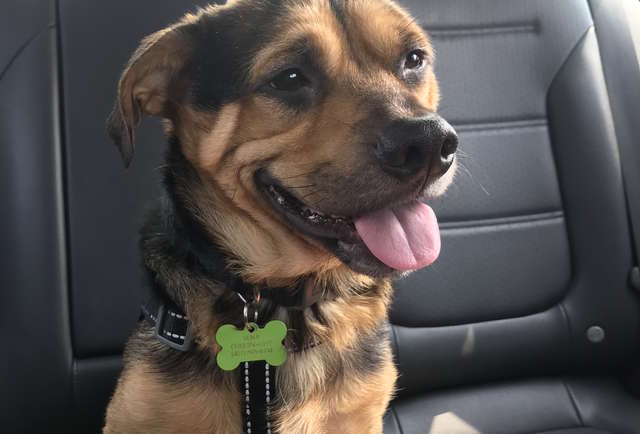 “He loves to come up and lick our faces and play with his toys,” Williams said. “He is such a  goofball now! He has crazy zoomies after he gets bathed. He will also start barking the second we get in the car as if to say, ‘We have to start moving! Let’s go!’” 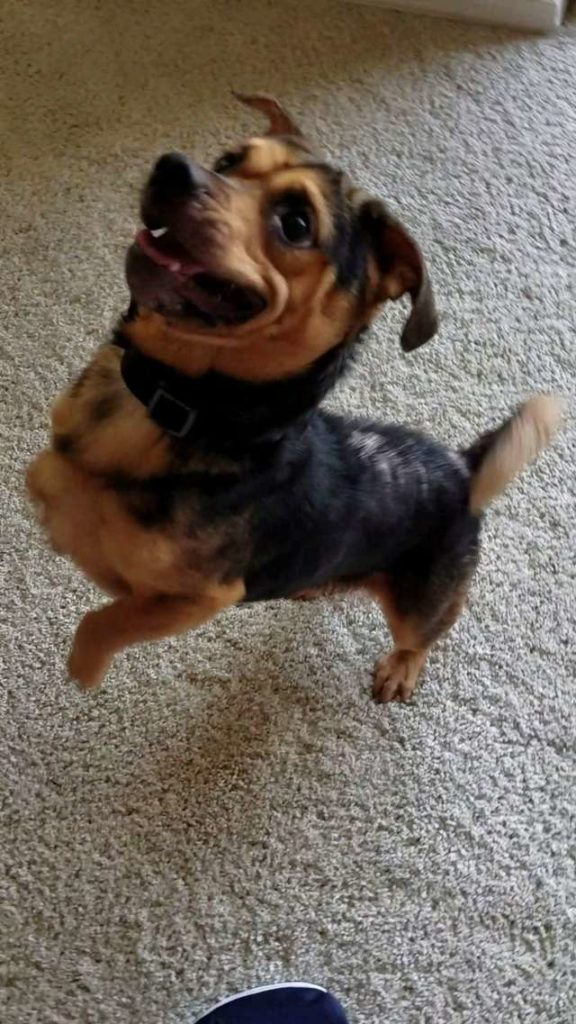 Benji has only been with his humans for three weeks. He still has more work to do. He’s come quite far. He loves going with his parents to restaurants or just hanging out on their patio. Jared and Jessica are glad they took a chance on Benji.