Couple Refuses To Sit Near Cops At Restaurant. But What Officers Do Next Leaves Them Speechless 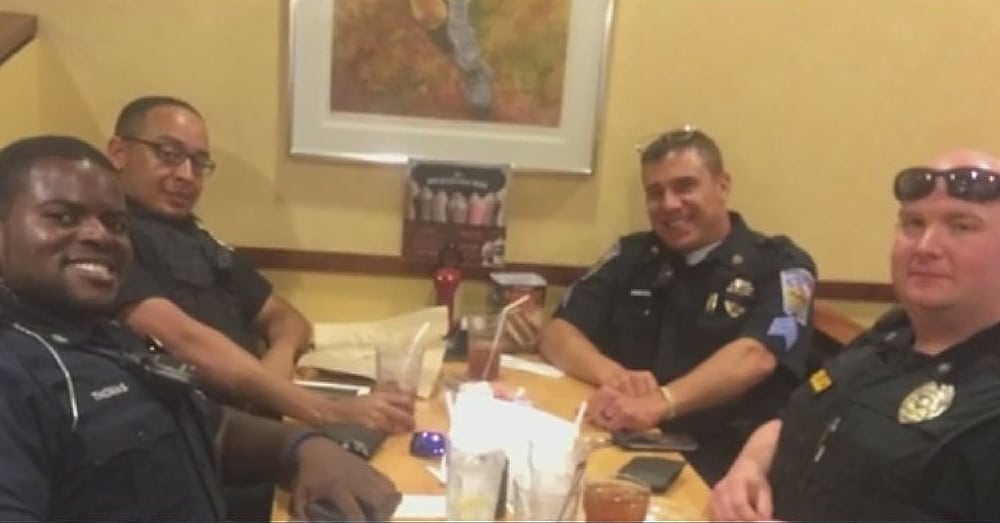 Four police officers were having dinner at an Eat N’ Park restaurant in Homestead, Pennsylvania, when a server started to lead another couple over to a booth near them.

As soon as the man saw the officers, though, he told the server, “Nah I don’t want to sit here,” and asked to be seated on the opposite side of the restaurant.

“I looked over and said, ‘It’s okay sir. You won’t have to worry about it, we won’t hurt you,” said Homestead police officer Chuck Thomas. “He looked at me hard again and said he’s not sitting here and walked away.”

The officers are fully aware that tensions have been high between police and the citizens of the communities they serve, so they decided to respond to the rude encounter by rising above it.

When the couple’s $28.50 bill came, there was a note written on the receipt:

“Sir, your check was paid for by the police officers you didn’t want to sit next to. Thank you for your support.”

“Essentially the whole goal of it was to let him know that we’re not here to hurt you,” Thomas said. “We’re here for you. We work for the public. And we just want to better the relationship between the community and the police.”

Their gesture seems to have had the desired effect. As the officers left the restaurant, one of the people whose meal they had paid for gave them a quick smile and a “thank you.”

It was just one little act, but hopefully it will be the start of something even greater.

Were you happy to see the way these officers responded to the tense situation? So share this!