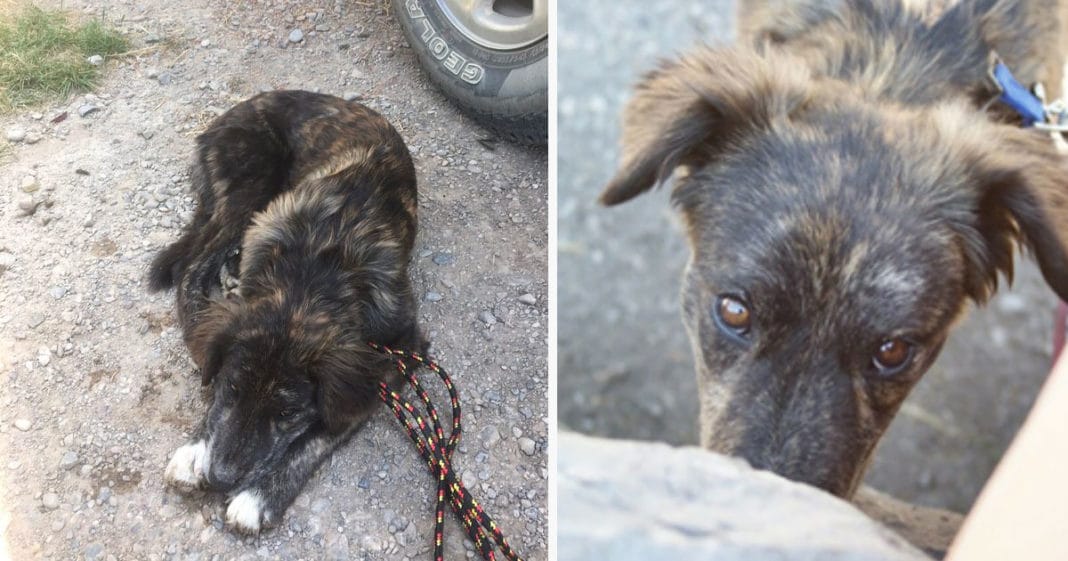 I think animals know where they belong even before humans do. Dogs, especially, are so intelligent and they just know who’s trustworthy and who isn’t.

Recently, Emily Trost and her boyfriend were driving cross country, enjoying a ten-week road trip. They stopped at a gas station in Montana to fill up their gas tank and to pick up some small essential items. When they exited the store, they found a little puppy sitting beside their car. the dog looked like she’d been waiting for them to return.

“Our initial thought was that she was the pet of someone else using the gas station,” Trost told  The Dodo. “My boyfriend and I went around to others at the gas station asking if she was theirs. We  also waited with her to see if somebody came out of the gas station store to claim her. Nobody did,  and as we were waiting, we realized how dirty she was with thorns, twigs and pricklies all caught  in her long hair and our hearts broke for her.” 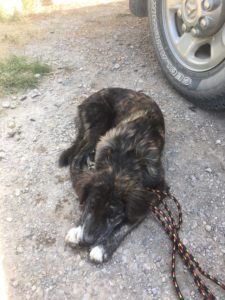 The couple and pooch remained at the gas station waiting; a woman drove past and stopped. She feeds local stray dogs and recognized the puppy. The lady begged Emily and her boyfriend to take the homeless puppy. She was a sweet girl who deserved to find an excellent home.

The pair conceded, deciding to take the pup with them. Instead of keeping her for themselves, they promised they’d give her to a rescue who’d find her a nice home. Secretly though, both Emily and her partner knew this wasn’t going to happen. With each stroke over the 7-month-old dog’s fur and gaze into her sweet, hopeful big eyes, they knew she wasn’t going anywhere but home with them. 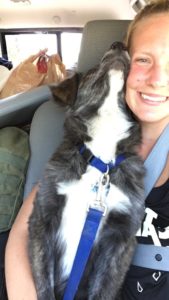 They gave her the name Montana after the state where she was found; she perhaps was hoping for a few days of rest and good food. The pup probably didn’t expect to find a forever home when she sat beside the two strange humans car. But that was precisely what she got.

“The morning after we got her was the best,” Trost said. “She woke up in our tent and started crawling up to our heads, whimpering and giving us kisses. We could tell she was surprised that we were still there with her and that no human had probably ever stayed with her for that long.” 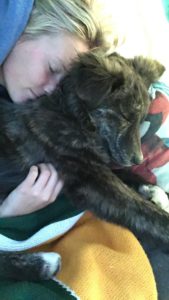 Sweet Montana didn’t know what to make of her new family. For the first few days, she slept a lot, just happy to have a warm place to curl up in and relax. When she finally warmed up to the couple, Montana’s real personality began to shine through. She loved to play and show her goofy side to her human parents.

She was a good pooch who discovered she loved being on the road; Montana made sure she was on her best behavior to show her parents how grateful she was to them for adopting her.

“She loved the rest of the trip, always excited to hike and swim with us,” Trost said. “She was great in the car and would just lay down and sleep. She even loved sleeping in the tent every night  and learned very quickly that wherever our tent was set up was home.”

At the conclusion of their road trip, Emily and her boyfriend took Montana home. They couldn’t wait to introduce her to their other dogs. Wouldn’t you know it, Montana loves her new home, her toys and all the love she’s missed out on for so long. 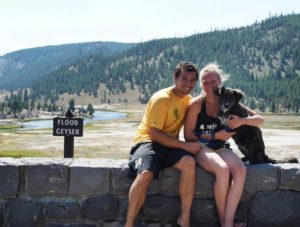 Like all growing dogs, Montana has a stubborn streak. Just like a child, she isn’t shy about throwing a tantrum when she doesn’t get her way. She’s a smart pup too; she’s an easy and quick learner, eager to please while having fun.

Montana, the lucky puppy, has the best life ever! All because she chose the right car with the right humans. Good people they are, they took her in and made her part of their family. No one would want it any other way.