Couple Gets Terrible Service At Anniversary Dinner, But Way They Respond Is Golden 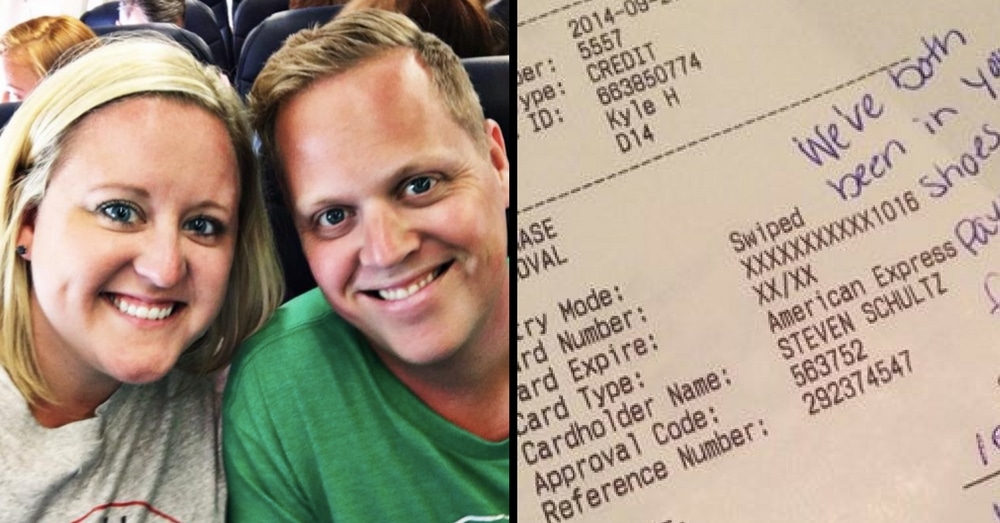 Steven and Makenzie Schultz were looking forward to celebrating their sixth wedding anniversary over sushi, but the evening didn’t go quite as they planned.

After the couple was seated, they waited 20 minutes just to get some water; and it was another 40 minutes before the waiter brought them their appetizer.

Most people would have been angry about this and some may have even left the restaurant. In fact, many people at the surrounding tables started making fun of the restaurant and making comments about the bad service. But Steven and Makenzie aren’t like most people.

“He was running around like crazy and never acted annoyed with any table,” Makenzie wrote in a Facebook post. “At one point we counted he had 12 tables plus the bar. More than any one person could handle!”

Both Makenzie and Steven have worked as waiters and they knew what this guy was going through. Instead of getting angry or leaving him a bad tip, they decided to bless him.

“Steven and I agreed it would feel good to make this guys (sic) night when he would probably be getting minimal to no tips due to slow service,” Makenzie wrote.

The couple tipped their waiter $100 on their $66.65 bill and left him a note that read, “We’ve both been in your shoes. Paying it forward.”

Makenzie posted a picture of their bill on her Facebook page along with the story, but insisted she didn’t do it for recognition or a pat on the back.

“I’m just sharing this as a friendly reminder to think of the entire situation, before you judge,” she wrote. “And always always always remember where you came from.”

Were you touched by this couple’s kind act of generosity? So share this!