Couple who served together in WWII, married for 70 years, pass away within hours of each other 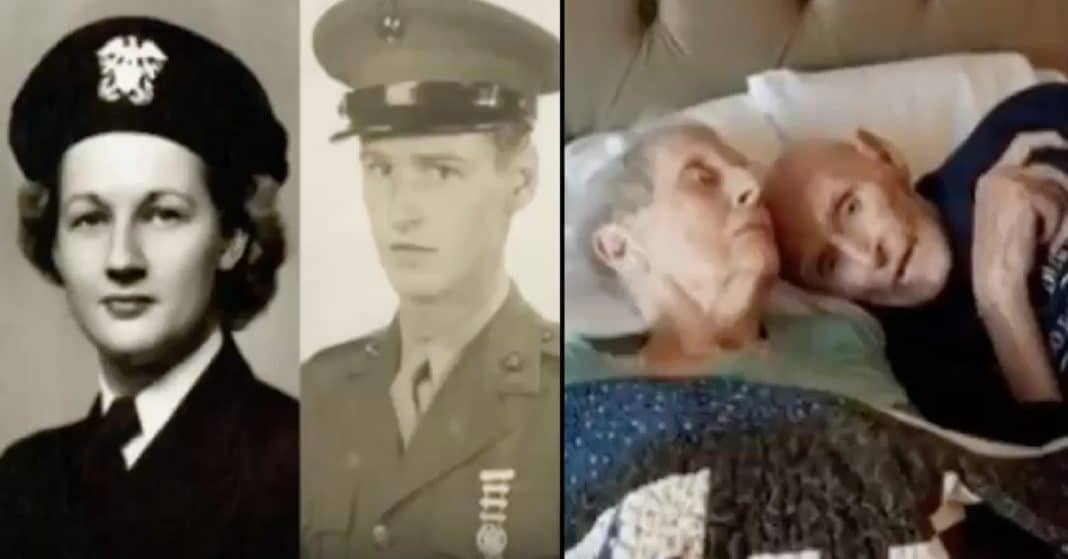 Love is a truly remarkable thing. Anyone who has experienced it knows its power.

There is no love story that isn’t special, but there are some that truly take our breath away. Such is the case with Preble and Isabell Staver’s story of love.

Preble and Isabell were in love for seven decades. They met before the breakout of the Second World War after being introduced on a blind date in Philadelphia.

Their romance blossomed immediately, but time wasn’t on their side. Isabell moved to Virginia to further her nursing career. Then World War II broke out and Preble joined the Marines. He fought in the Battle of Iwo Jima where he would earn a Bronze Star for his courage.

Like many women during that time, Isabell did her part to support the war effort. She served as a Navy nurse in Bethesda, Maryland.

Despite their long separation, their love grew and strengthened.

Their daughter, Laurie Clinton, spoke about what an attractive figure her father made as a young military man – one her mother absolutely couldn’t resist:

“He was over six feet tall with fiery red hair, a very handsome figure, and she was smitten,” Laurie said. “She called him Red… They wrote letters to each other all the time, and Preble kept a photo of Isabell in his wallet, wherever he went.”

The couple reconnected after the war and were married in 1946. They settled in Naples, Florida, where they raised five children together.

To support his family, Preble held down several jobs. He ran a gas station, lobbied for Lockheed Martin, and started a local bank. But his ambitions never stood in the way of the love he had for Isabell.

“They were blissful, especially when all of us kids were out of the house,” Laurie said. “It’s like their love blossomed anew; it was quite beautiful.”

In 2007, though, cracks began to appear in their lives. Isabell developed dementia and they soon moved into an assisted-living facility. Then, last year, Preble suffered a tragic fall that required brain surgery.

Through all this, their love remained strong. But as they journeyed through their final days together, the loving couple had one more wish to fulfill: they wanted to take one final nap together and enter into their eternal reward on the same day.

For the two brave veterans, amazing parents, and good people, their final wish was granted.

“They didn’t say a single word to each other,” Laurie recounted, remembering how they curled up together under a quilt of valor. “They just reached out for each other, their hands like magnets clasped together, and they looked so peaceful.

“It was the catalyst of them being able to let go, I believe.”

And let go they did. They passed away eight days later, each in their rooms. Isabell proceeded Preble in death by a mere fourteen hours.

“They had the type of true love that we all look for in this lifetime,” Clinton said. “They married each other in sickness and in health, and they kept that vow until the very end.”

It sounds like a fairytale or a movie, but Preble and Isabell’s love was true. They accepted each other, loving the other as they were. They stuck to their vows for life and had a connection many of us will never understand.

Were you touched by this sweet and special love story as much as we were? So share this!