Wife Wants To Have Natural Home Birth, 48 Hours Later Gets Shock Of Her Life In Hospital 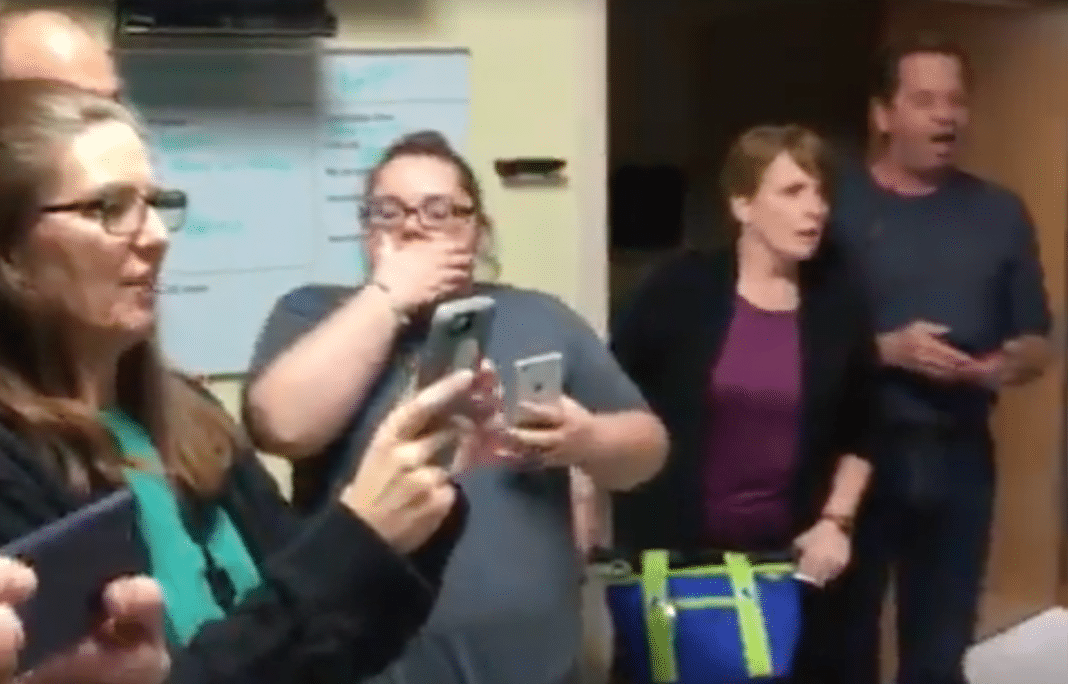 A couple from Grand Haven, Michigan decided to go the natural route to childbirth, relying on a midwife for a home birth. Nicole Ziesemer was determined to go without taking pain medications, but as it turns out, fate had other plans, in more ways than one…

Matthew Ziesemer shared his story on Facebook in December 2017, and it has continued to go viral, reaching over 6,000 shares at the time of this writing.

The story is remarkable.

Suffering from the flu, and unable to eat or sleep well for days, Nicole woke up her husband on a Friday late at night to tell him that her water had broken. It was 4 1/2 weeks before the due date of January 30th. She would later learn that she had been starting contractions for 2 days and didn’t realize it until they grew stronger.

Since the baby was coming so early at 36 weeks, the family had no choice but to go the the hospital. The weather had plans of its own too, and Matthew had to snowplow the driveway free of 10 inches of snow due to a blizzard.

Finally, arriving at Gerber hospital in the storm, the couple had some happy luck, as Nicole’s brother Raymond happened to be working at the hospital, filling in for another person. Even better, Raymond’s wife, Emily would be the couple’s nurse throughout what would be a difficult and shocking birth for Nicole.

After struggling for 30 hours in horrible plain, the couple resorted to trying medication.

” […] for the first time ever in my wife I saw the look of giving up in my wife’s eyes and it absolutely killed me,” recalled Matthew.

Nicole received a small dose of Pitocin, which helped with the contractions, but she would still suffer horrible back pain for 4 hours longer. Finally, after beginning to experience panic attacks, the couple went for the epidural.

Although the pain was alleviated, the baby was starting to show signs of stress, and the doctor intervened to help deliver baby Blakeley Faith Ziesemer, at just 4 pounds at 10:06 on Saturday, December 30th.

Finally, the ordeal seemed to be over, and the doctor began to work on the mother’s placenta and to stitch up the mother, but that’s when “all hell broke loose.”

“I think that there’s something else in here,” said Dr. Megan Forshee.

Upon doing a second ultrasound, they discovered a baby boy waiting to join his newborn sister!

The surprise drew attention from just about everyone on the hospital floor, as news traveled around the hospital.

Just when Nicole thought she could rest, and just as her epidural was wearing off, she had to push again. Roughly one hour later, she gave birth to Cade Matthew Ziesemer, who weighed just 5 pounds.

Both babies would be ok, although Cade initially had some breathing issues due to his relatively brief trip to the outside world.

“This has been one of the best days of my life and also one of the biggest emotional rollercoasters I have ever been on,” said the happy father.

Finally, friends and family were allowed to enter the room. Because of all the commotion, they thought something must be horribly wrong, but were shocked and delighted to find out the couple had not one, but two babies when Nicole lowered her blanket to reveal number two.

Matthew reflected on the couple’s choice to seek medical attention:

“So even though I’m more of a natural person things happen for reasons and there are definitely times for medical intervention and this was one of those times. God definitely has a greater plan for us and showed us that we don’t control anything in our lives. It is truly up to him and we have to trust that whatever curveball he throws at us is what we need in our lives.”

See video of surprised family and friends below: