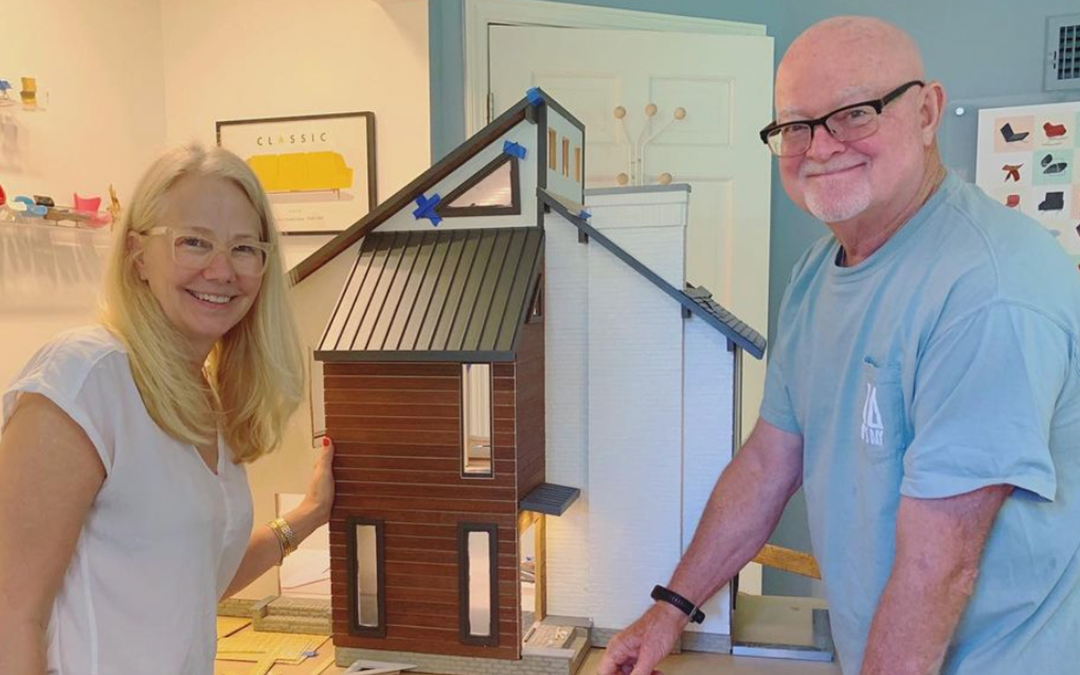 One couple is spending quarantine building a “Mini Modern House.” The house’s scale is like a dollhouse, with walls standing about as high as a cereal box. However, this tiny home is not like any dollhouse we’ve seen, with details so rich it’s indistinguishable from a real home.

“My mom and step-dad have spent the better part of quarantine building what they call their “Mini Modern House.”

It is, quite literally, a miniature marvel, and the world needs to see it.”

Miller shares pictures of the MMH and the details are astounding. This home has working electricity and details you wouldn’t expect in a model like:

One Inch = One Foot

If you didn’t know this was a model, you might think these were photos of a home with stylings from the late 40s to 70s.

Someone could appear walking through these rooms, and it wouldn’t be surprising. Then, you see recognizable objects like a Campbell’s soup can or a two-dollar bill. Only then, you realize it’s on a tiny scale with one foot in real life = 1 inch in the MMH, according to Miller.

Miller says when he first learned his mom, Annie, was working on the MMH, he “endlessly made fun” of her. However, then he saw it coming together and thought, “I’ll be damned, this is one of the coolest things I’ve ever seen.”

Then, the editor decided to share the story online, knowing it was sure to go viral.

“When I told my mom she was kinda going viral, she wanted to make sure you all knew that she spared no detail.

She’s a maniac, and I love her,” wrote Miller.

Sharing for a Noble Cause

Proud of his mom’s work, Miller says he’s hoping that sharing the story will inspire people to donate to The Alzheimer’s Foundation.

“Beyond being endlessly creative, my mama has the kindest heart of anyone I’ve ever met, so let’s try to do a little good with all of this attention.”

So far, he says, the entire family “has been incredibly touched by all of the donations so far.”

Meanwhile, Annie is documenting ongoing efforts on the Mini Modern House on Instagram. She and her husband Cliff have been “completely blown away” by the attention on their son’s Twitter.

Now, they are working to create a timeline of how the house progressed. Also, they plan to “highlight all of the amazing people within the miniature community” that helped make the MMH so incredible.

Don’t Call it a Dollhouse

The couple started working on the MMH a year and a half ago. After her oldest daughter said she couldn’t call it a “dollhouse,” she came up with the name.

“With the help of my husband Cliff, what started out as a small project quickly turned grand scale. We are still in the learning curve, and what we think will take us an hour takes four!” she wrote on Instagram.

As we are all staying at home, this tiny home masterpiece is an inspiration for people all over.

Perhaps, it might give you a few ideas for a project of your own?

Over the last year, we’ve been inspired many times by how creative people have been. Although we may be at home more, we can still reach out and feel connected as we look forward to better days ahead. Until then, our homes provide a sanctuary where we can dream at any scale.