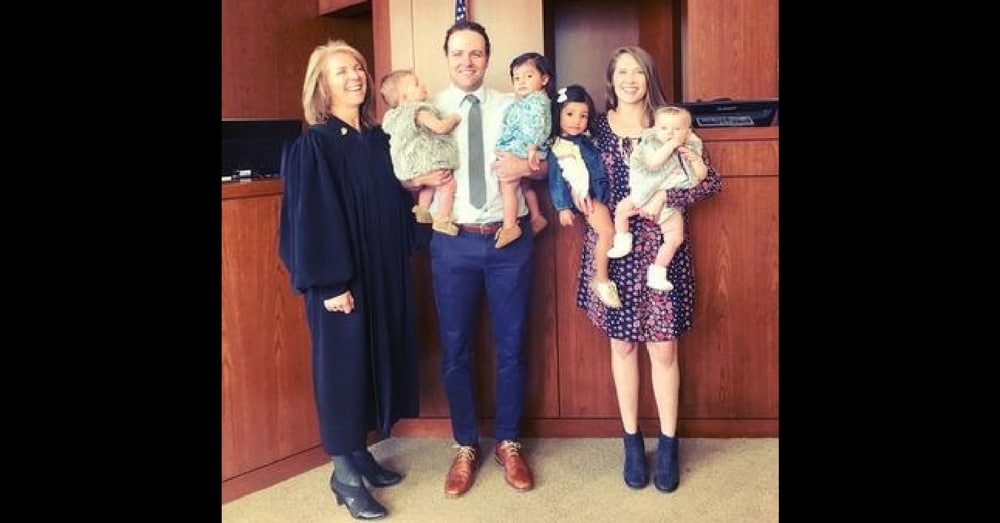 Utah mom Kaley Carling is busy. Not like normal busy, but really busy; because she and her husband are new parents to four adopted kids. And it all happened in just 24 hours.

“We had tried to conceive for a couple of years, however due to my lupus and RA, that road was proving to be extremely hard on my body,” Carling told Parents.com. “My husband and I decided to take a break from ‘trying,’ and to focus more on foster and/or adoption, something that had been a dream of mine since I was a teenager.”

The couple suffered through two failed adoptions, the most recent of which was in June of last year. “The mother changed her mind right before she was due, after months of us supporting her financially, emotionally, and taking her to doctor appointments,” Carling told us. “It was devastating and we mourned having lost her.”

But a day in August, just a few months later, would change their lives forever. The couple met two foster girls (Haven, now 2; and Indie, now 14 months), whose mother recently had been sent to prison. That same day, they were contacted by a woman carrying twins. 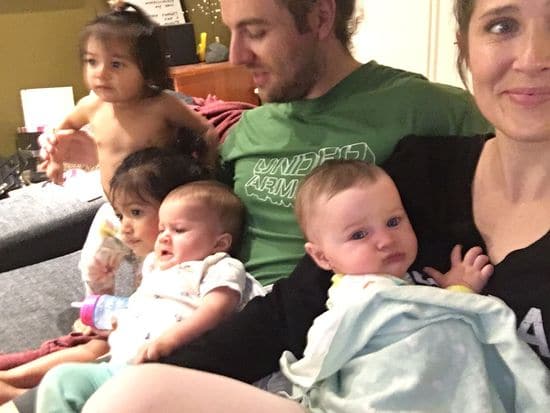 “We had worked HARD for this family!” Carling said, and despite several obstacles, the path toward adopting Haven and Indie was soon cleared.

At the same time, Carling was busy bonding with the mom of twins, who lived out of state. The girls, Sunny and Weslie, now 9 months old, were born in January, and the Carlings were there to meet their soon-to-be daughters. A tense time followed during which Sunny was in the NICU in Phoenix. “It was extremely difficult to be in another state, missing Haven and Indie, with one newborn with us, and one in the NICU,” Carling told Parents.com, adding, “We couldn’t take Wes to the NICU to see Sunny, so my husband and I spent the majority of our three to four weeks in Arizona apart, one with Wes, the other with Sunny, then switch.”

Finally, finally they could all be together back in Utah. But it sure wasn’t easy! “We brought the twins home to a 5-month-old, Indie, and an 18-month-old, Haven. Crazy, to say the least! We went through a can of formula PER DAY until Indie turned 1!” Carling confesses it took a good six months to get into the swing of things.

Read the rest of this family’s amazing story at Parents.com!