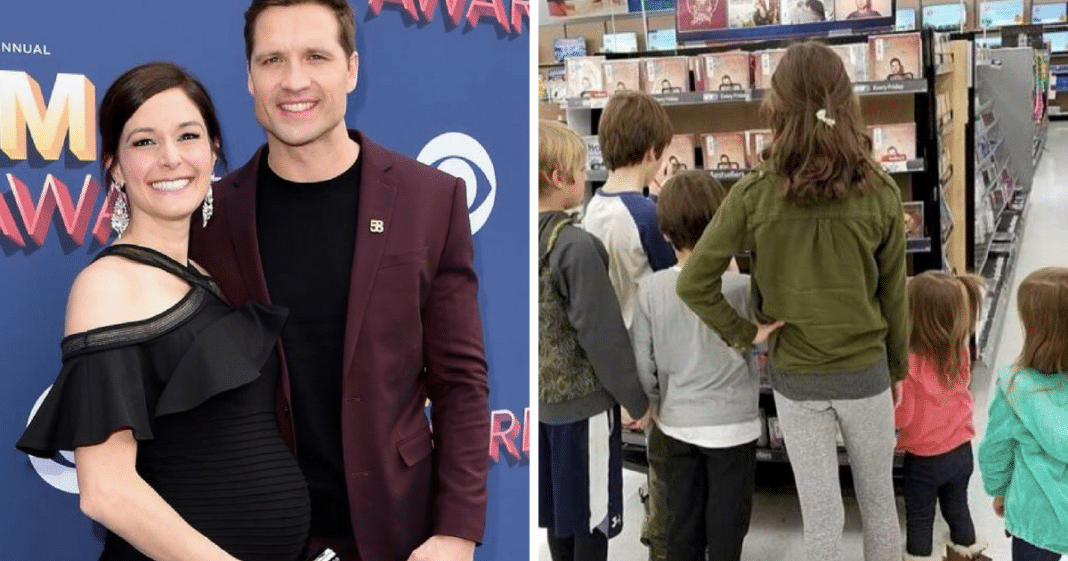 Country singer, Walker Hayes and his wife, Laney Beville have released a statement on Twitter and Instagram confirming they’ve lost their seventh child. The couple were high school sweethearts and have six children, three boys and three girls ranging in ages two to eleven.

They lost their child, reportedly a baby girl just days before her birth. “It is with great sadness that Laney and I share with you the news that our sweet Oakleigh Klover Hayes was born this morning at the hospital and now is safely in heaven. Thank you for honoring our privacy as we grieve.”

The 38-year-old singer has canceled his immediate appearances to be with his wife and children. “We ask that everyone respectfully give them their privacy in this difficult time,” the statement concluded.

Hayes told Taste of Country they were expecting Oakleigh on June 8 and were planning a home birth as they didn’t want to have to drive anywhere once Laney went into labor. Hayes said, “We’ve almost had a couple in the car, and I’m not the guy you want to have a kid in the car with. I’m pretty chill, but once birth starts I go the  opposite of chill.”

The singer/songwriter told PEOPLE previously that his kids are fully supportive of his rising career. “They’re so cute about it. They look at me like I’m Adam Levine,” he said in December 2017.  “They’re just kids, but them being proud of me means so much to me, and I can tell that they are. They are my favorite things about life. I love each and every one of these kids and I can’t wait for another one. They’re all so beautiful and incredible, and watching them grow is the best thing I get to do on earth.”

He gushed about his wife too, calling her his most enthusiastic champion. “Our life is so drastically filled with hope and actual things happening and no longer just ‘I believe in you,’ or ‘just hang in there’ or ‘maybe next year,’ ” he said.

He joked, adding: “We do a lot celebrating. What can I say?”

Hayes and his wife initially intended on just having four children. They just kept on going, he told PEOPLE last year. “Everybody thinks I’m crazy having six kids and chasing this dream,” he said, adding of what he  tells his wife, “You’re crazier than anybody because you married me, and you’re still around for  all this.”

Our hearts and prayers go out to Walker Hayes and his family during this difficult time.