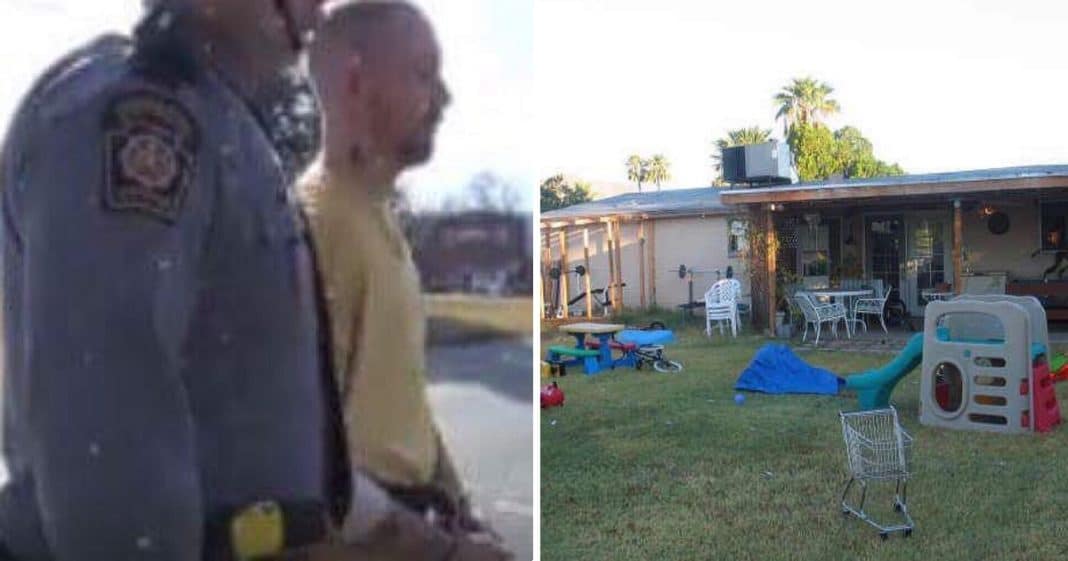 Children aren’t possessions to be put on display one moment then hidden away when you feel inconvenienced. You can’t want them one day then change your mind the next. If you’ve taken up the many enormous responsibilities of being a parent, there’s no going back. One couple from Halifax, Pennsylvania would do the unthinkable to their children. No one would discover the horrible truth until it was almost too late.

From the outside, Joshua and Brandi Weyant appeared to be the perfect neighbors. To those who lived nearby, the couple seemed kind and helpful. Brandi would share food while Joshua would do what he could to tidy their yards.

That flawless facade was shattered in December of 2016 when police officers and social workers visited the couple’s home. Why did local government authorities arrive at the dwelling? The couple’s children had missed several days of school. That alarmed their teachers, but other local officials as well.

One fact that became apparent to everyone after arriving on the property was how unkempt and messy the once clean yard had become. There were random piles of unused toys scattered about, an oddity itself that sent alarm bells ringing. The cluttered yard was just the beginning of the hell officials would find at the home.

No One could prepare the professionals for what they’d discover on entering the house. They gained access to the residents and entered a room where they found three children in such terrible condition; it was a wonder they were still alive. They were in such a state of malnutrition, their lives were in great peril.

The bones of two of the children were visible through their skin. One of them had suffered so deplorably she didn’t have enough fat in her core to keep her internal organs in place.

[VIDEO] Accused child abuser Josh Weyant (and wife Brandi) arrive for preliminary hearing in Dauphin Boro. I ask him if he is not guilty. He says, "None of your (expletive) business." WPMT FOX43

Why would this couple who seemed to have it altogether neglect their children? One neighbor tried to figure out why a father would do this to his children: “I knew [Joshua had] been through some rough times, but he seemed like a good man, or at least  that’s the way he portrayed himself.”

Police wanted answers. Joshua didn’t want his children anymore. Brandi went along with him: “They certainly had the financial means,” Chief Deputy District Attorney Jennifer Gettle told The  Patriot-News. “The other rooms in the house had plenty of food.

“They were not living like paupers. There were animals in the house that were well taken care of and fed.”

Interviews with the disgraced couple didn’t shed any further light on the reason behind their horrific actions. Joshua told authorities: “that he didn’t want the children overfed.”

Brandi blamed her husband and maintained that none of the three children were theirs biologically. No matter they all shared the same last name.

Police examined a Facebook post of Brandi’s they believe to have been posted when the abuse began. shows a picture of a young girl with the caption: “She will NEVER have to wonder her worth because UNLIKE you I”M gonna put her FIRST!!!!”

Even though there’s no reasonable explanation for why Joshua and Brandi abandoned their blood, this story does have a happy ending. After they were discovered, the three children were taken to a hospital then put into foster care where they will remain for some time.