Cops Show Up To Black Lives Matter Meeting. Nobody Expected What Happens Next 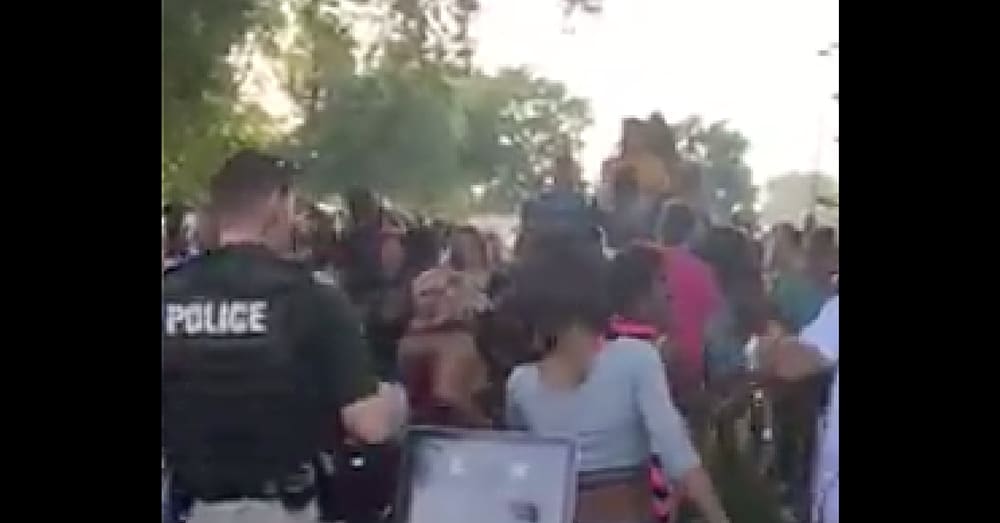 Usually when you hear “cops” and “Black Lives Matter” together in a sentence, the story doesn’t have a happy ending. But police and protestors in Wichita, Kansas, decided to change the narrative, and their efforts are now going viral.

The group had a lengthy discussion about how the two sides could come together and work toward healing and change. Instead of a protest, Black Lives Matter agreed to cohost a First Steps Community Cookout with the police department that would bring the community together to have an open and honest discussion between police and members of the community.

On Sunday, members of the police department – many of them in full gear – ate, danced, and played games with residents of Wichita.

The gathering garnered a lot of attention on social media, with many praising the effort to bring about real healing between police and their community. Bohannan said the meeting was especially important and meaningful in the wake of the shooting in Baton Rouge, which occurred Sunday morning.

“We can get on the same page and say those things that are in Baton Rouge don’t trickle over into Wichita, Kan.,” he said. “My heart goes out to the families, those officers in Baton Rouge, but I think the fact that that did happen makes this event more meaningful. I definitely think this is a start for this community, and I definitely want to keep it going.”

Many called the event “historic.” One woman, whose son played basketball with some of the officers, said, “It was a bonding moment where the police saw them as children and my [sons] got to see them as people! It was a great first step Chief Gordon Ramsey and Wichita PD!”

Conlee Borchard, who posted a video of the gathering on Facebook (which you can see above), said members of the community were able to ask hard questions, and “Chief Ramsay did an exceptional job of being vulnerable and willing to listen with an open heart and mind.”

“We are on the road to real, life giving solutions,” she continued. “We are breaking down barriers. We downed over 2,000 hamburgers and hot dogs, built relationships, laughed, cried, and danced. This is what humanity was designed to do. Work together, love each other and live in COMMUNITY. Could you imagine the history that would be made if the rest of our nation followed this example??”

Ramsey thanked those who came out for the event and challenged other police departments to do similar events in their own communities.

“It takes two parties to make a healthy relationship,” he said.

The event sparked hope for a lot of people who have seen police and citizen relations as a hopeless chasm to cross. One Twitter user wrote, “This makes me happy! First time in a while that anything in the news made me smile. There is hope.”