Cops Rush Out Of Restaurant Before Eating, Then She Notices Something Amazing 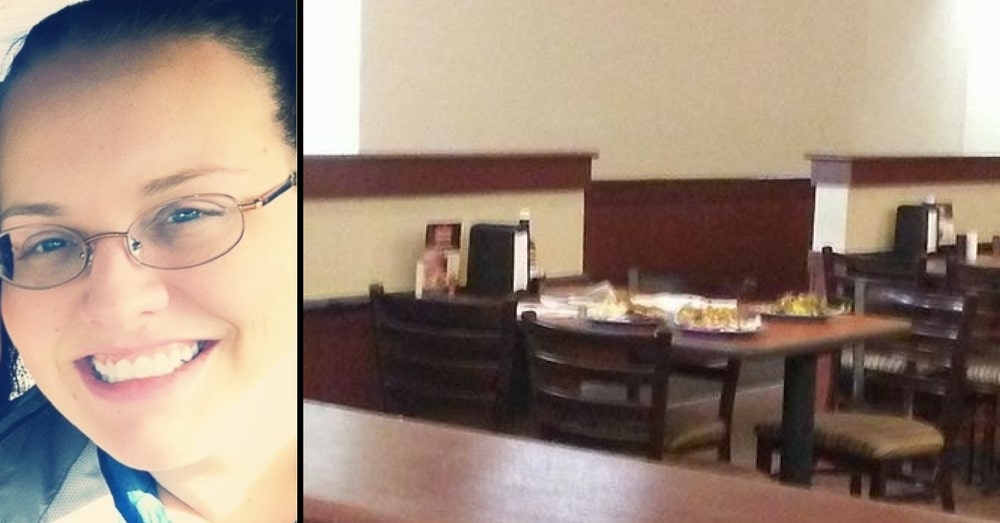 If you’ve ever looked up while driving and seen flashing lights in your rearview mirror, you know the dread that can come when you see a police officer. While we are thankful the police are keeping us safe, we don’t like it when we get on their bad side.

Often it’s easy to forget that police officers are more than their jobs – they are people with families and dreams and feelings, just like the rest of us.

Brittany Davis was reminded of that fact recently when she went out to eat with some friends at Golden Corral in Lauderdale County, Alabama.

As they sat at their table, eating and laughing, Brittany noticed two sheriff’s deputies walk in. Both of them were in full uniform and talking on their cell phones, and Brittany noticed that they both seemed a little tense as they got their food and looked for a place to sit.

Then, just as the officers were about to begin their meal, both of their radios started blaring. Shots had been fired in a neighboring community!

Without skipping a beat, both officers jumped up from the table and ran out the door to answer the call, leaving both of their plates untouched.

The sight of the full plates at an empty table struck Brittany so much that she decided to share a photo of the table on Facebook. But it’s what she said about the photo that has really made it go viral.

“It made me wonder just how many people would be willing to leave their dinners and head directly into a dangerous situation to help a complete stranger. My guess is not many,” Brittany mused.

Deputy Joe Shanes with the Lauderdale County Sheriff’s Office said that what the two sheriff’s deputies did that day is not uncommon. In fact, it is rare for a police officer to get to sit down and finish a meal while on the job.

Brittany’s post is a good reminder for all of us of just how much police officers sacrifice to keep our communities safe. It’s often a thankless job, but one we should all be incredibly grateful for.

Do you support our police officers? So share this!