Cops Pull Over Drunk Driver, Find Baby Covered In Vomit. What They Do Next Is Going Viral 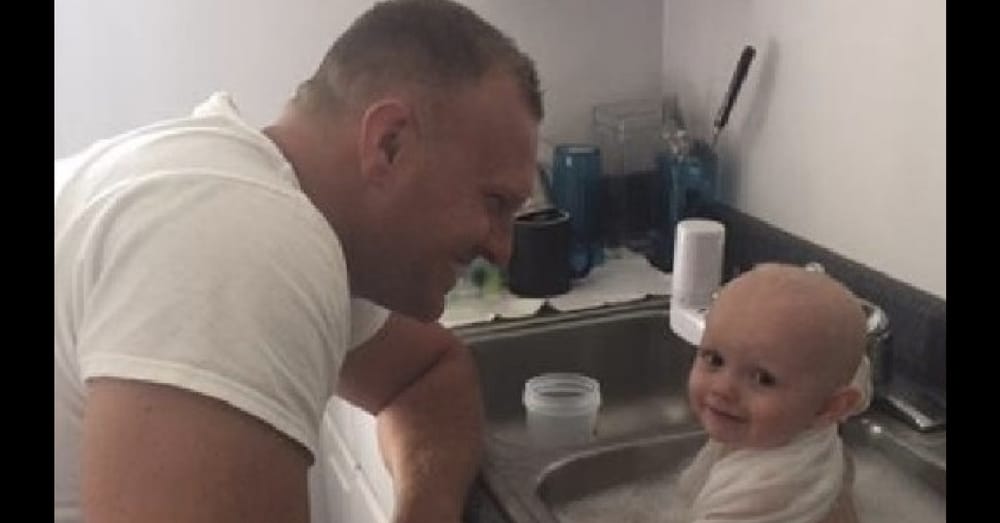 When West Virginia state troopers pulled a driver over for suspected drunk driving, they never could have imagined what they would find.

The woman driving the vehicle appeared to be drunk and the car was a mess – there was trash strewn everywhere and a foul stench was emanating from the car.

Then trooper D.C. Graham spotted him – a baby in the backseat wearing only a diaper, sitting in an improper child safety seat, violently coughing and covered with vomit.

“I’ve been doing this for a while now and that was probably one of the worst things I’ve experienced, seeing a baby in that condition,” Graham said.

The state police barracks were less than half a mile away, so Graham took the 1-year-old there.

“We brought him in to the barracks and the smell of vomit and feces overtook the room,” Graham said. “The baby was crying profusely. We tried everything. He was just so upset in the condition he was in. There was nothing we could do to get him to stop crying. I said, ‘I can’t let him sit in this.'”

Heartbroken over the little boy’s condition and wanting to do whatever he could to comfort him, Graham, who is himself a father, decided to give the baby a bath in the sink.

“As soon as I got him in there and started washing him off, a smile came on his face,” he said.

After he was all clean, Graham wrapped the baby, whose name he never got because the mother was too intoxicated to tell him, in a towel and watched over him for three hours until child protective services came to pick him up.

“He was kind of just my little sidekick for a couple of hours,” Graham said.

The sweet boy is now in the care of a legal guardian and his mother is facing DUI charges.

Were you touched to see how this state trooper took care of this sweet boy? So share this!