Cops Find 3 Kids Living In Filthy Mess, Then Things Get Even Worse When They Open The Freezer 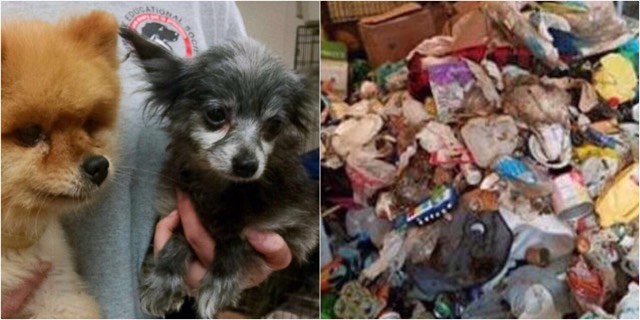 Though hoarding, otherwise known as compulsive hoarding disorder isn’t technically a mental disorder, it’s a serious problem many have; but for several, they hide it well. , hoarding can be associated with other disorders such as social anxiety disorder, depression, bipolar disorder and anorexia nervosa and other psychiatric disorders.

From the outside looking in, we don’t understand why people choose to live in garbage and filth. We wonder why don’t they just throw their trash away? It’s not useful, but they don’t see things that way.

To some hoarders, they think their possessions can be of use to someone for something. They love accumulating items but can’t let them go. People not only hoard things; some even collect and save animals.

In Tennessee, authorities were called to a home filled with trash and junk. They found three boys living with their parents, Stacy and Dustin Tallent. Two of the little ones were twins 2-years-old, and the other child was age five. The family had 21 animals in their house; 11 of which were dead and kept in the freezer.

BREAKING: Another person has been arrested. One woman and one man. Both handcuffed. Police talking to them now. pic.twitter.com/02jvhqGA4X

The home was covered in feces and garbage. The parents were arrested and charged with aggravated child neglect. The living animals fared no better than those who’d perished. They were thin. They included three cats, four dogs, a python, a rabbit, and a lizard.

One of the precious twins was found in a locked room sitting on a filthy mattress. The children’s parents are currently being held on a $105,000 bond. It hasn’t yet been confirmed whether or not the Humane Educational Society will recommend pressing charges of animal neglect.

BREAKING: This picture shows the latch on one of the bedroom doors. HES officer says kids were inside room with this on door. pic.twitter.com/u8QdIIUFgJ

This is a sad, dark story. It sheds light on how some folks live behind closed doors. It’s unacceptable and unsafe for any living being to live in those conditions. Thank goodness someone informed the proper authorities for the sake of the children and remaining animals. They will have a chance for happy lives.