Cops Don’t Think There Can Be Any Survivors Of Horrible Crash, Then Find Miracle In Backseat 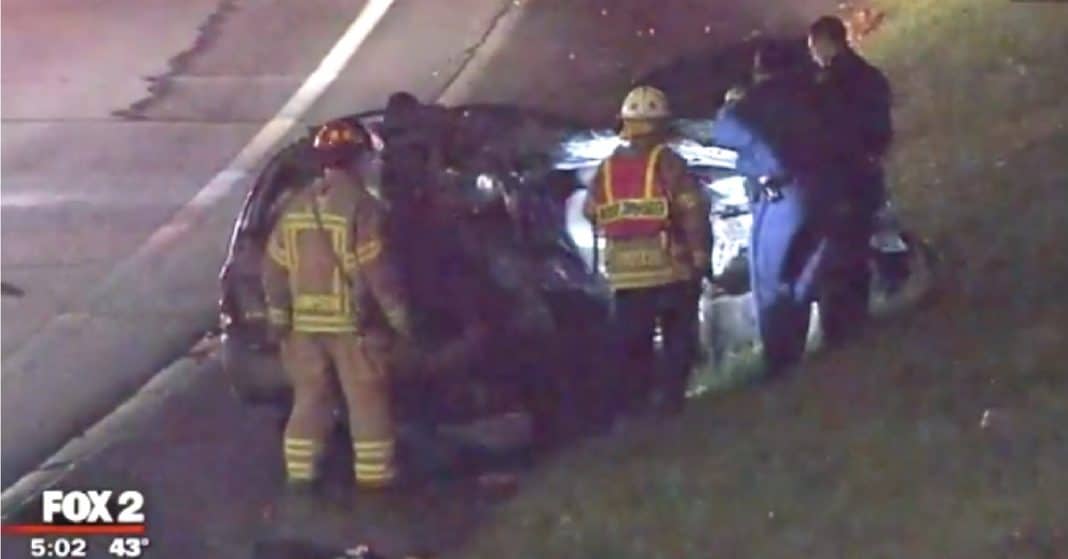 God is not out of the miracle-working business. Whether you have come to know that as a truth in your own life or through someone else’s, miracles are taking place every day.

I love sitting down with my elders, listening to stories of all the miraculous and divine things that God has done in their lives long before my existence was a thought. Though I have not witnessed or experienced a supernatural phenomenon firsthand, hearing how God has moved in the lives of people I know and love reminds me that His power is just as available to me as it is to anyone else.

In the case of one toddler named Josiah, the miracle was his survival.

Josiah was riding in the car with his mother, Alesia Maddox, her best friend, his uncle, and his cousin when the vehicle they were in ran into a wall going about 80 mph and spun out of control.

Tragically, the other four passengers were killed instantly.

Images of the car accident would be enough to convince any viewer that no one should have made it out of the tragedy alive…but not only did Josiah escape death, he did so completely unharmed. No broken bones, no scratches, no bumps, no bruises, no hits.

“His name says it all: Josiah,” his aunt said. Josiah is a biblical name that means “God has healed.”

While it is an absolute tragedy that four lives were lost in this horrific accident, the miracle of Josiah’s survival should be not be overlooked. It is a true blessing that he is alive with no damages.

Sadly, none of the other four passengers were wearing their seatbelts at the time of the crash. If they had been, the outcome may have been different.

“The child was the only one that survived and was the one that was actually buckled in,” said Lt. Mike Shaw. “Speed and seat belts — it’s the main thing we talk about all the time. The simple fact of doing the speed limit will save your life.”

Hopefully this story will encourage people to be intentional about abiding by safety procedures and remind them of God’s faithfulness, even in tragedy and heartbreak.

Will you join us in praying for this heartbroken family? Then share this.