Cop Sees Woman Waving Him Down, He Wasn’t Prepared For What He Found When He Reached Her Car 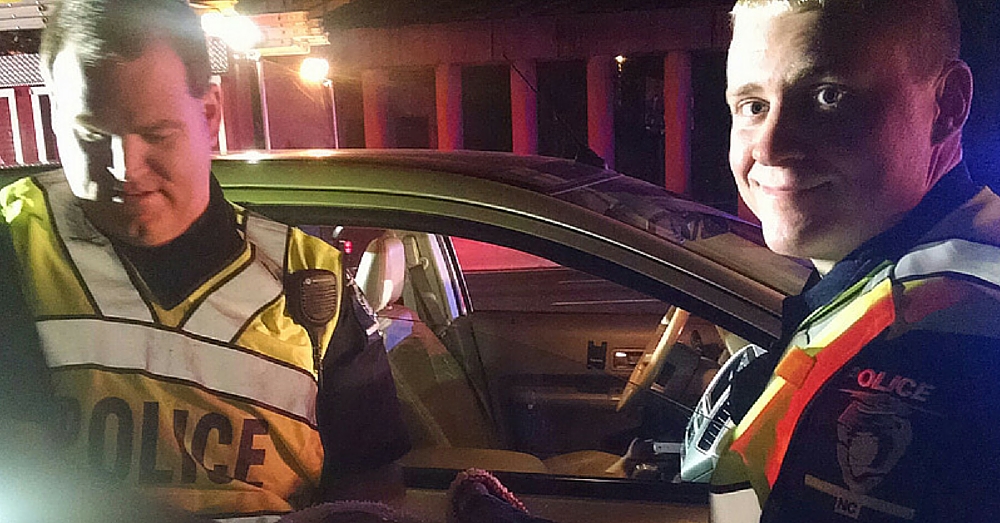 After spending hours writhing on the couch in pain, Taelor Johnson, who was pregnant and two weeks away from her due date, asked her mom to take her to the hospital.

“I didn’t think I was in labor,” Johnson told People magazine. “I just thought there was something wrong.”

But it turns out the 27-year-old was in labor. At 3:30 a.m. Saturday morning, she and her mom and 4-year-old daughter headed to the hospital.

While on the way, Johnson asked her mother to pull over because she thought she was going to be sick. Unfortunately, an accident ahead of them had caused a huge traffic jam. Her mom, realizing they would need help, got out of the car and flagged down some police officers who were working at the scene of the accident.

“We see a lady across the road waving at us officers for help,” Officer Kevin Jackson recalled. “She said, ‘I think my daughter is in labor right now.'”

The 23-year-old rookie officer, just a few weeks out of the training academy, grabbed his partner and rushed to help Johnson.

“I was excited, a little anxious and fearful, but bringing life into this world is a big deal – and only having five weeks on, I wasn’t sure I was ready,” Jackson said. “I asked her if her water broke and she wasn’t sure.”

Jackson’s partner, Mike Caskey, himself a father of three, said, “I’ve been in this situation before and usually medic gets here before the actual birth. We were wrong.”

Less than five minutes later, baby Aria would make her entrance into the world.

Johnson was leaning over the guardrail on the side of the road when she realized the baby was coming. “I’m holding on to the guardrail, trying to get my sweatpants down and she started to crown,” she recalled. “As I soon as I got my pants down, she was coming out, sliding into my arm.”

“The mom was bent over and so we just kind of caught her – caught the baby,” Jackson said.

The officers wrapped the crying baby in a blanket, cleaned her up, and waited for paramedics to come and take the mother and baby to the hospital. 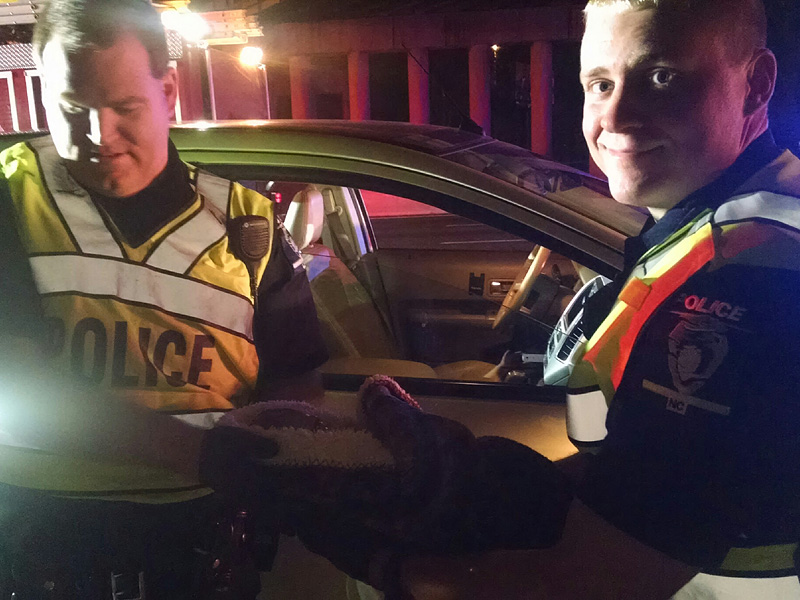 The next day, Jackson went to the hospital to visit Johnson and the new baby. The whole ordeal actually ended up being a very healing experience for him.

“I actually had an infant death two days prior,” he said, “so seeing Aria in the hospital and being able to be a part of that really helped out with the coping, it really helped with the stuff we see and do as officers. It helped me see the 360 degrees of how everything comes full circle.”

“We deal with so many terrible things,” Caskey added, “it’s good to see something so personal, being able to be there and help in time of need gives you a little more hope.”

Johnson is eternally grateful to the two officers who helped her in her time of need. “It’s divine intervention,” she said. “If they hadn’t been there, I don’t know what we would have done.”

“She had all the hard work,” Caskey insisted, “we were just helping out!”