Cop Sees Baby Turning Blue On Side Of Road, Knows He Can’t Wait Another Second 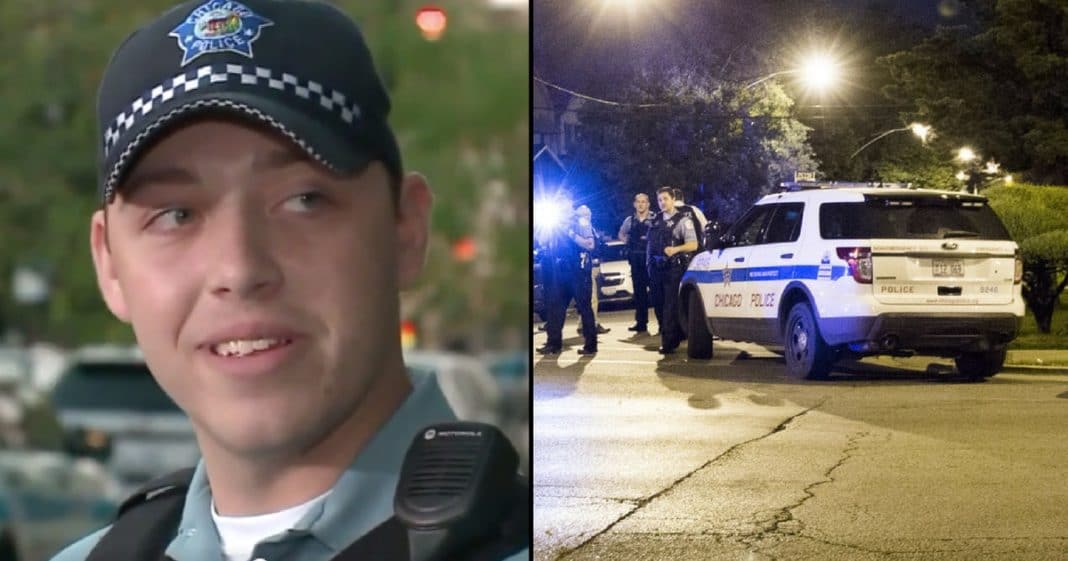 Starting a new job isn’t easy for everyone. Some people take a while to really get the hang of things while others learn the ropes effortlessly.

However long your process of acclimation takes, imagine yourself still in that process and having to suddenly put everything you think you know to the test. Especially when it’s a matter of life and death.

That unanticipated moment happened to Officer Sean McDermott of the Chicago Police Department one evening while he was safeguarding an area with his partners, Officer Wisnewski and Officer Keegan.

As they were driving, a man who appeared distraught began waving down the squad car for help. Officer McDermott stopped to probe the situation, but he had no real clue as to what he was getting himself into.

Soon after stopping to help, he realized just how severely the man needed him. In his arms lay a blue and unresponsive baby.

Sean hadn’t even been an officer for a year yet and the shock of it all could have truly left him paralyzed and unable to act. He could have been so caught off guard that insecurity would hinder his ability to do anything helpful in the scary situation.

Fortunately, without any second thoughts, he sprang into action, doing all he could to make sure the baby would live.

“Officer Wisnewski and I began compressions while Officer Keegan assumed traffic control to clear a path for the oncoming fire engine and ambulance,” McDermott explained.

Thankfully, the baby regained consciousness and let out a cry, bringing relief to the officers and the father.

“It’s an amazing feeling,” McDermott said of the baby’s revival. “I can’t really describe it at this time.”

We are so thankful that Officer McDermott and his partners were able to quickly work together to save this baby’s life. This just goes to show, when you stay ready, you don’t have to get ready. Thank you, officers, for just being ready!

Do you think these heroes deserve recognition for what they did? So share this!