Cop & K-9 Search For Stolen Car When He Sees Something In Bushes. That’s When He Gets A Closer Look 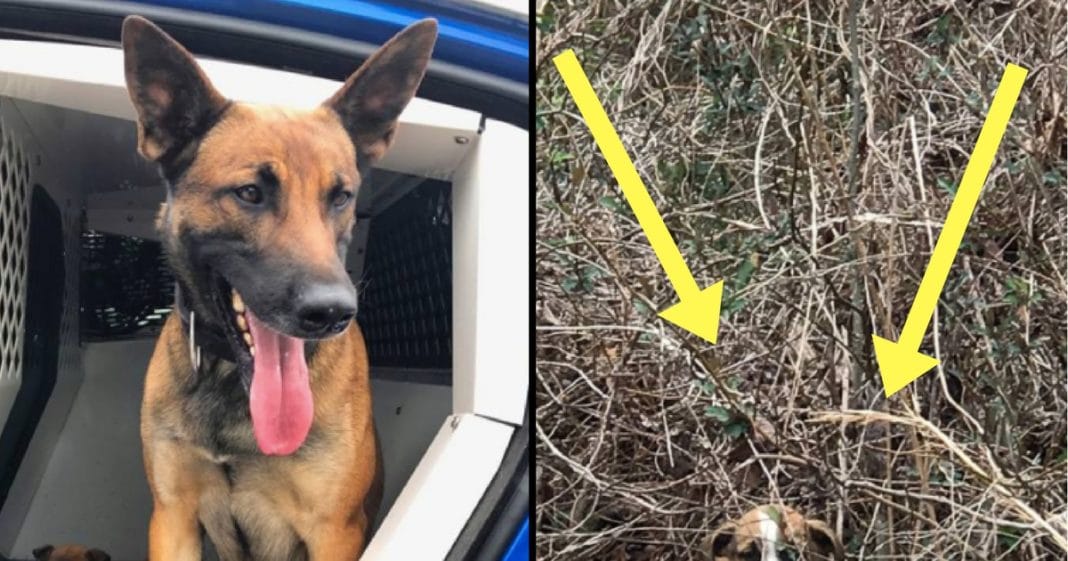 Georgia State Patrol Trooper TFC1 Ennis was on patrol in Atlanta Monday with his K-9 partner Tek. The pair was patrolling a section of the city that is known for being a dumping ground for stolen cars.

As they were driving through an abandoned subdivision they noticed some movement in a nearby briar patch. As they got closer they realized there were three tiny puppies huddled together in the thorns.

The puppies had obviously been abandoned and it was clear no one was coming back for them. Ennis knew he had to do something.

With Tek’s help he rounded up the abandoned pups and took them back to headquarters.

Thankfully, each of the puppies were quickly adopted into loving forever homes.

In a Facebook post about the incident the Georgia Department of Public Safety summed up the day perfectly:

“A Trooper never knows what he may encounter on a shift, but a day with puppies is a good day.”

Were you happy to see these puppies rescued and adopted into good homes? So share this!