Cop Grabs Elderly Woman To Dance, Has No Idea Someone Is Filming When She Starts To Spin… 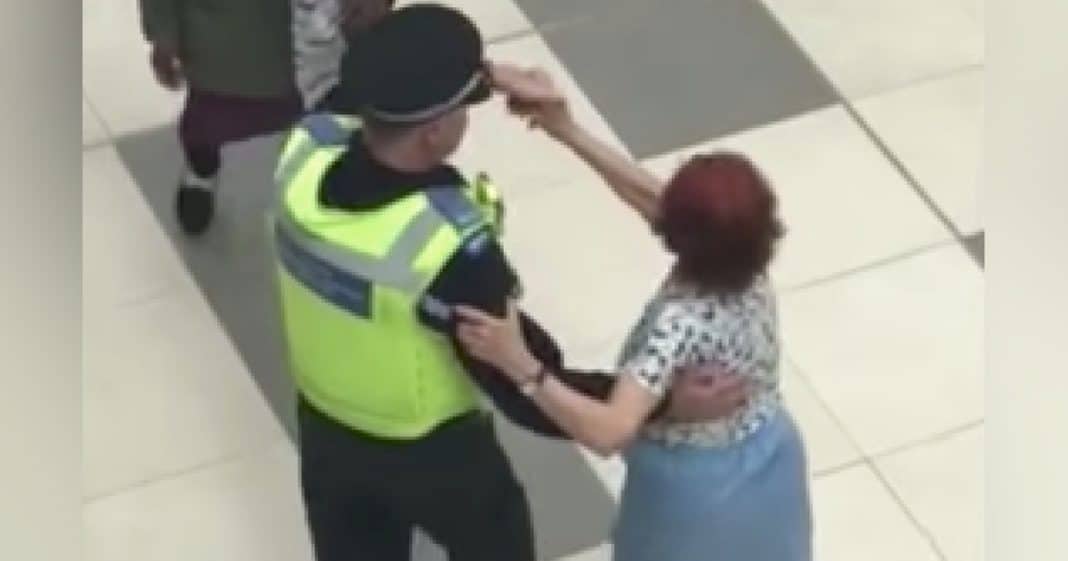 Malls can make some people stressed with all the lines and crowds of people rushing to and fro.

It’s Police Community Support Officer Steve Hopley’s job to keep everything peaceful at the Mander Centre in Wolverhampton, West Midlands, England. He’s there to stop problems when they arise as well as prevent conflicts from happening before they erupt.

From the looks of this video, he sure is doing a great job! What could be more peaceful than a waltz?

Hopley was not aware that he was being filmed when he took the hands of an elderly woman and started dancing with her when a waltz came on over the mall’s speakers. Bystander Chloe Blower, who had a high vantage point, filmed the dance that she has now shared for all to enjoy.

“It was so great to see people coming together like that,” she said.

From the looks of this dance, this is not the first time Hopley and the lady have done the waltz. Their moves are performed in triple time as they rhythmically turn and sway across the mall floor in gentle gliding motions.

At the end of the dance, they got a round of applause for their impromptu performance. It makes me wonder how far the ripple effect was of such a simple act of art expression and kindness. From the sound of the clapping, it seems a lot of people were touched enough to stop what they were doing and watch, and chances are many of the spectators shared the story of what they had witnessed with others.

How many smiles this put on people’s faces will never be known, but we can take away from this the reminder that just one small act of kindness can change a person’s day…and maybe even the world!

Did you love watching this officer and woman dance together as much as we did? So share this!