Cop Finds Pregnant Mom And Toddler Asleep On Sidewalk. What He Does Next Flips Her World Upside Down 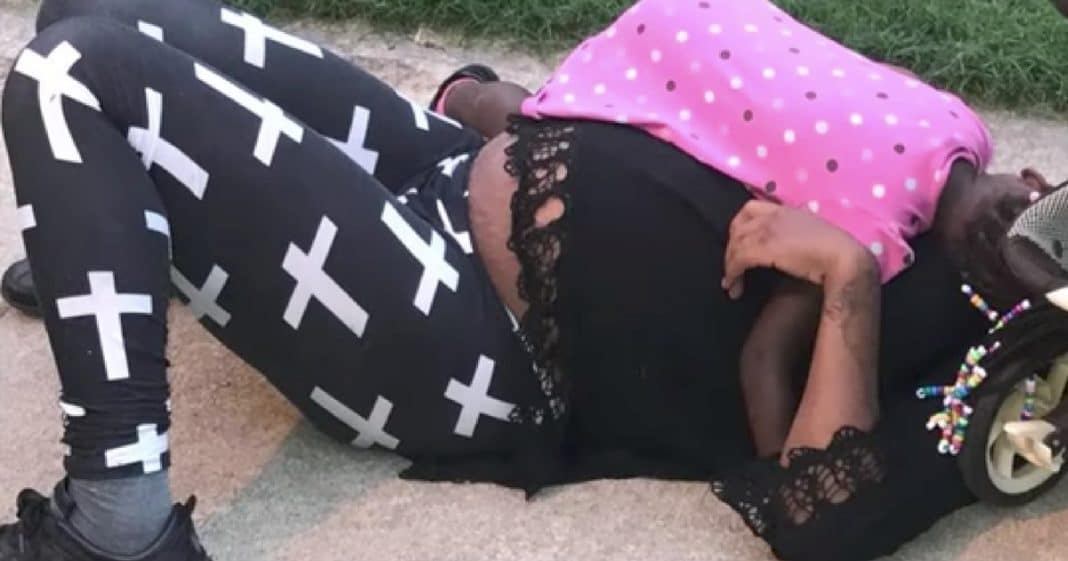 While on patrol one evening, North Little Rock, Arkansas, police officer Tommy Norman stumbled across a sight he had never seen. The officer patrolled a busy area, but never thought he’d encounter a mother sleeping on the sidewalk with her little girl resting on her chest.

As Officer Norman would later tell reporters, he was destined to find the pair on that evening in March of this year.

Jessica was pregnant and was also mother to 2-year-old Kayla. She was due to give birth to her second child, Xavier, any day.

When Officer Norman spotted the pregnant mom and toddler and the empty stroller next to them, he was deeply concerned. Why would a pregnant mother and her child be sleeping on the pavement next to this busy street?

He gently woke Jessica up. When she noticed the officer standing over her she was terrified that she was in trouble, but the officer just asked her why she was sleeping on the street.

Officer Norman is well-known in the Little Rock community for his compassion, playfulness, and comradery with the citizens he polices. When Jessica told him why she and Kayla were sleeping on the sidewalk, her answer broke his heart.

Jessica had been in an abusive marriage and had finally escaped, taking Kayla with her. They had been staying at a local women’s shelter but had exceeded the time they were allowed to stay. The street was their only option.

The desperate mother didn’t want to chance sleeping on a stranger’s porch, fearing she and little Kayla might be shot by homeowners, so she decided to lay down on the busy sidewalk, thinking at least there would be people around so hopefully nothing bad would happen to them.

Officer Norman knew he needed to help Jessica and Kayla. Xavier could come anytime and the small family would need shelter and resources to get back on their feet.

Instead of taking Jessica and Kayla to a homeless shelter where they would only be given a roof over their heads for one night, Officer Norman checked them into a motel. He wanted to give them a safe place to rest their heads.

The heartbroken officer posted a video telling the world Jessica and Kayla’s story. Jessica was weary and little Kayla confused and scared – the kid was too young to understand all that was going on.

Norman’s video quickly went viral and the internet responded. Donations began pouring in – total strangers donated money, food, and baby items. Soon, the motel room was filled with boxes and boxes of goods. Two people even gave rent money that would allow Jessica and her family to stay in an apartment for seven months!

Jessica has since given birth to baby Xavier and the family of three are still at the motel. Rather than leaving them on their own, Officer Norman is working to locate permanent housing for the mother and her two young children while Jessica is doing everything she can to find a job to support her family.

While we know it wasn’t an easy decision, we are glad Jessica had the courage to remove herself and her daughter from an abusive and dangerous situation. She knew she was leaving one difficult situation and walking into another, but Jessica maintained her will to survive and strength of spirit.

Thankfully, with the help of a kind police officer and an army of total strangers from around the world, things are looking much better for this precious little family.

Were you touched by what Officer Norman did for Jessica and her family? So share this!