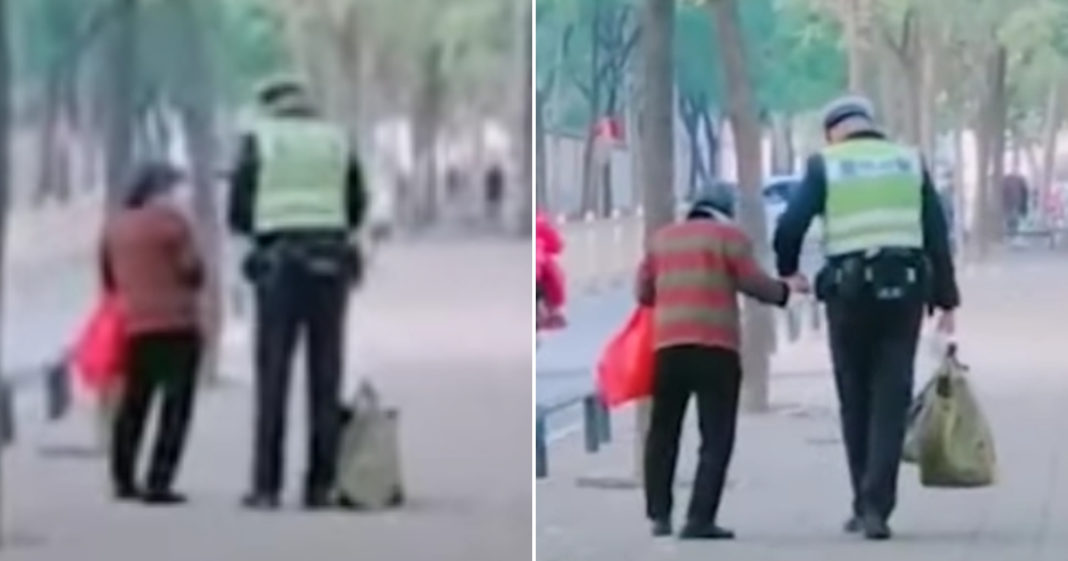 A police officer in Jinan, China recently reminded us why we love our men in uniform all over the world. Despite the occasional negative stories we see in the press, most police officers are the good guys and don’t hesitate to help. Unfortunately, we don’t hear often enough about the good deeds that police officer do, deeds that are outside of their normal daily duties.

Earlier this month, a policeman named He Xu showed that he is one of those good officers. He was spotted helping an older woman who was struggling to get home with her groceries when he went to help her. He then took his gloves off and took her hand as he took her to safety and then walked her home. He wanted to make sure he could securely grasp her hand.

Luckily for us, a passerby was on hand to record the heart-warming moment on video so that we could all enjoy this inspirational story.

At first, Officer He went to just help her cross the road. When he saw that she was still struggling with her bags of groceries, he decided to help her make it home.

The original video, which was posted to a local social media site called Qilu Net, has had more than 95,000 likes and 2,700 comments. Here is a heartwarming photo of the moment the officer took the elderly lady’s hand, captured via YouTube screengrab. 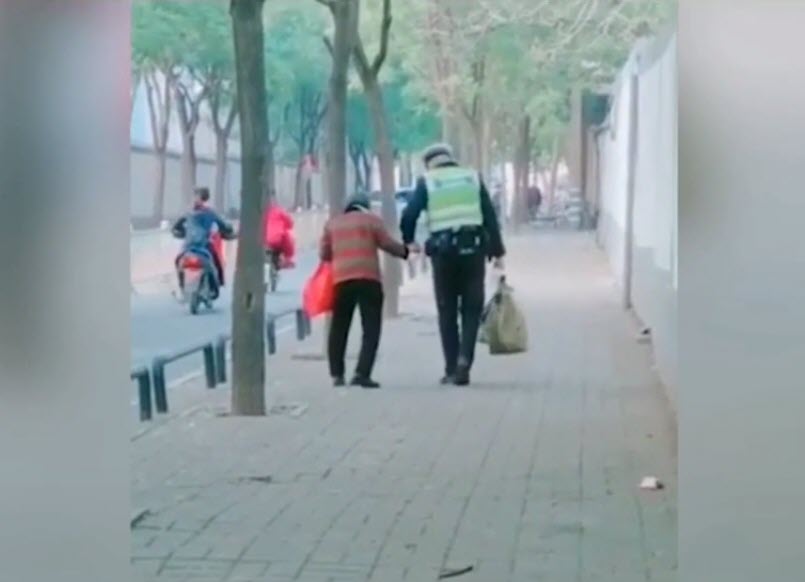 A video earlier this year showed a Chinese police officer giving an elderly gentleman a piggyback ride to get across a very busy street. As vehicles whisked back and forth from both directions, the officer began to actually run across the street with the old man on his back.

We’re so grateful for these brave men and women in uniform who work hard to make sure people are safe.