Cop Catches Little Girl Stealing $2 Shoes & Decides To Take Her Home. When He Looks Inside His Heart Drops 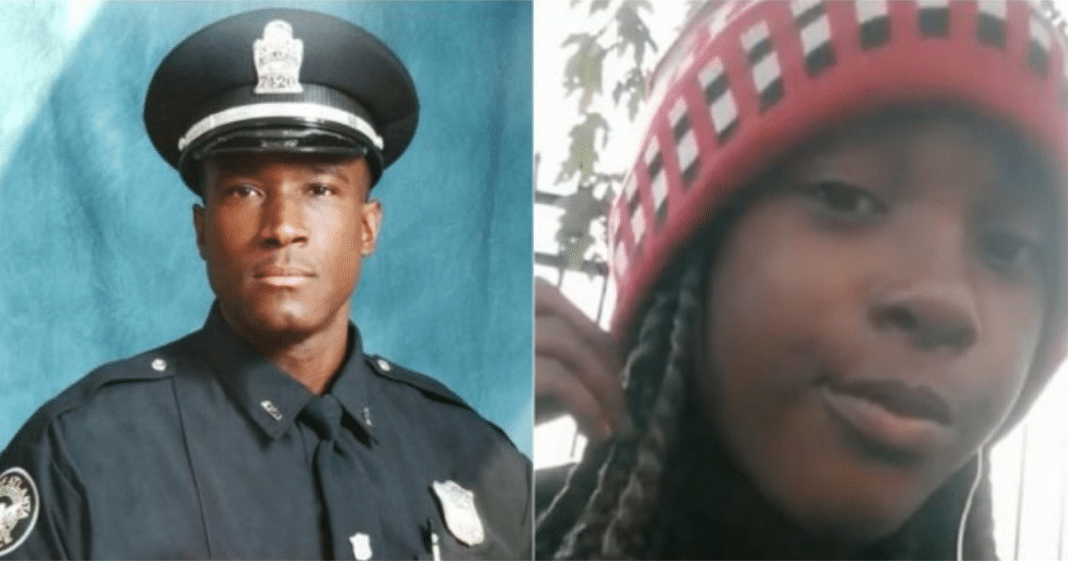 Last February, Atlanta PD Officer Che Milton was called to a store where a 12-year-old girl was being held for shoplifting a pair of $2 shoes. After arriving, he asked the girl why she took the shoes. She had stolen them for her 5-year-old little sister. Her family couldn’t afford to pay for them.

Why would a child steal such cheap shoes? She hadn’t taken them for any other reason but to help her sister. Intrigued, Officer Milton wanted to see the girl’s living conditions. He took the girl home and was horrified when he saw how the family of six lived. There was hardly any food in the home and they didn’t have enough furniture or beds.

Officer Milton didn’t charge the young girl who is the oldest of four with shoplifting. Instead, he bought four large pizzas and two large drinks for the entire family. He also notified Georgia’s family and Children’s services of their situation.

Girl caught stealing gets help from police instead of punishment

This officer responded to a call about a little girl stealing. When he met her and learned her whole story, he decided punishment wasn't the answer.

The Atlanta Police department posted Officer Milton’s interaction with the little girl and her family on Facebook. They were later identified as the staple family. The public also learned of Milton’s good deed. People wanted to help. The police department streamlined donations for the Staple’s, using social media to inform people of drop-off locations.

“Thank you again for the outpouring of support to help the Staple Family.”

Officer Milton received so much praise for his actions. One person wrote: “Thank you, Officer Milton! For not only going the extra mile for this family and showing them love along with the food but also for the example you are setting for all of us.”

What a kind man. Sometimes doing your job requires a different approach. The outcome for this family and the little girl would be so much different if he’d taken her into custody. Thankfully, he got them the help they so desperately needed.