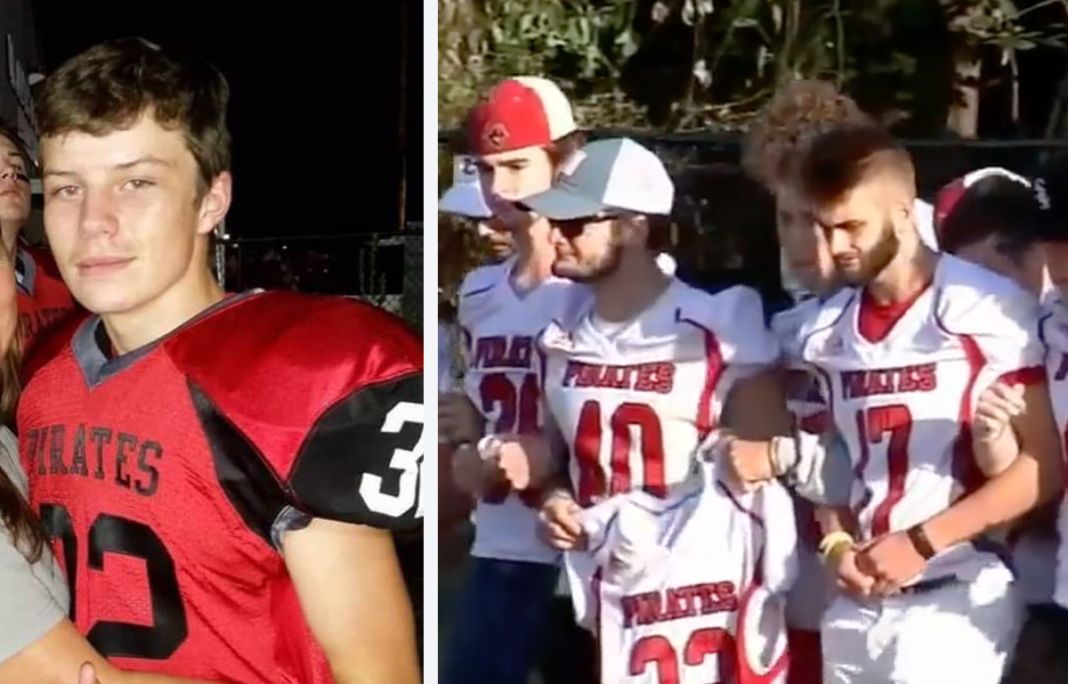 High School football linebacker, Dylan Thomas, 16, had a bright future ahead of him as a Junior at Pike County High School, south of Atlanta. Then all that changed in the second quarter of a Friday night game with Peach County High School.

Thomas was struck in the head but managed to pull himself back together, going back into the game in the second half. Suddenly his arm and leg went numb and he fell from the bench. Thomas was rushed to Grady Memorial Hospital, where he needed surgery to relieve brain swelling. He remained in a coma until Sunday when he passed away due to cardiac arrest caused by a traumatic brain injury.

The coroner’s report indicated that it was a freak accident or “anomaly” requiring:

“The one that was the golden child in the family and really brought the family together,” Burgess wrote Monday. “The one that had the biggest heart. I love you and will never forget you.”

The community took to social media to remember and honor Thomas with posts with the hashtag #DylanStrong.

prayers go out to Dylan’s family and friends, as well as Pike co. community and their team. Fly high Dylan Thomas ?❤️. pic.twitter.com/Y2X9SAvZI0

A vigil was held Sunday on the school’s football field, attended by hundreds.

The National Football League’s Atlanta Falcons dedicated their game against the Tampa Bay Buccaneers to Dylan, presenting his grieving parents with a Falcons jersey with Dylan’s number, 32, signed by the team.

Brad Webber, the Head Football Coach at Pike County High School remarked on how much he appreciated the Falcon’s support.

“They made a very, very difficult and tragic situation do-able,” he said. “Just the support for the Thomas family, the support for our football team. I mean, they’re young kids. They’ve never been through anything like this before. The brotherhood that we talk about in this game is truly shining right now.”

See more from 11Alive below: