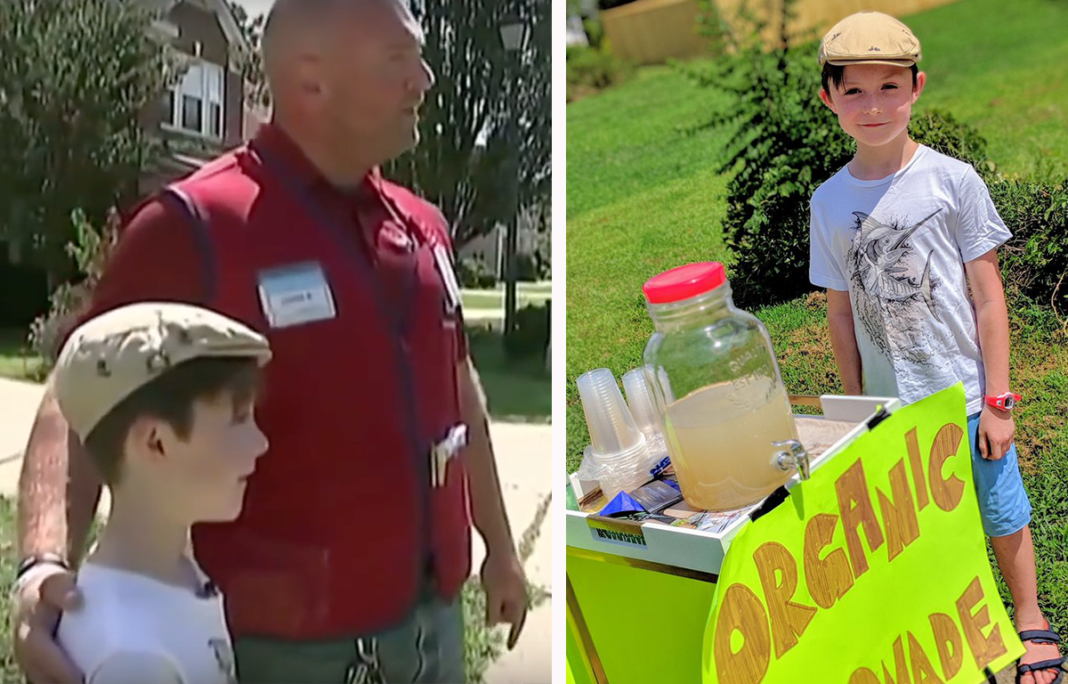 Mark David of Monroe, North Carolina is a 9-year old with big ambitions.

He listed off some of his current job duties:

One day, he was out selling lemonade when he was allegedly held at gunpoint by a teenager and robbed. He says the suspect in a black shirt threatened him at gunpoint, all for a paltry $17 dollars.

This is 9 year old Mark David… He runs a mowing business and a lemonade stand in Union Co. Yesterday he was robbed at gunpoint point in his neighborhood while selling, today… @Lowes came by with a big surprise. Find out what at 5 on @wsoctv pic.twitter.com/Moe1XrinUm

Mark was planning to save up enough money to buy a new lawnmower for his lawn care business, just one of his many entrepreneurial activities.

He recalled what happened (see the video below):

“I opened the box. He grabbed it, pushed the gun at me and ran away. Like, my heart was beating out of my chest,” said Mark.

The robbery shocked his dad:

“Never had an incident like this, never thought this would happen,” said the boy’s father, Philip Smith.

The robbery also surprised even the local sheriff’s office.

“You think of a child as young as this being robbed at a lemonade stand. Just when you think you’ve heard it all, there’s something that will surprise you,” said Officer Tony Underwood.

Nevertheless, the boy and his parents were out selling lemonade again 24 hours later, according to Fox 46, Charlotte:

“We are being resilient and he came out here to sell some lemonade today just to be back at it and taking out time to process everything that happened,” said Smith.

The family refused to let the robbery hold them back:

“We kinda explained it to him that bad things do happen to good people and you never know when it’s going to happen to you. You just gotta pray and be glad that he is safe,” said Smith.

When the local community found out what had happened, they came together to raise $200 for the boy. Then a representative from Lowes home improvement went one further: donating a brand new riding lawnmower.

Police found the box that held Mark’s money in the woods with a BB gun and camouflage hat. So far there are no leads as they ask the community to review any possible security cameras in the neighborhood and to contact the Union County Crime Stoppers.

As crazy as it is to think that kids at a lemonade stand would be robbed, another incident very similar happened recently last month in Omaha, Nebraska. A 12-year-old was robbed while selling lemonade and just like in the case of Mark David, the community rallied to support him.

See both videos below: