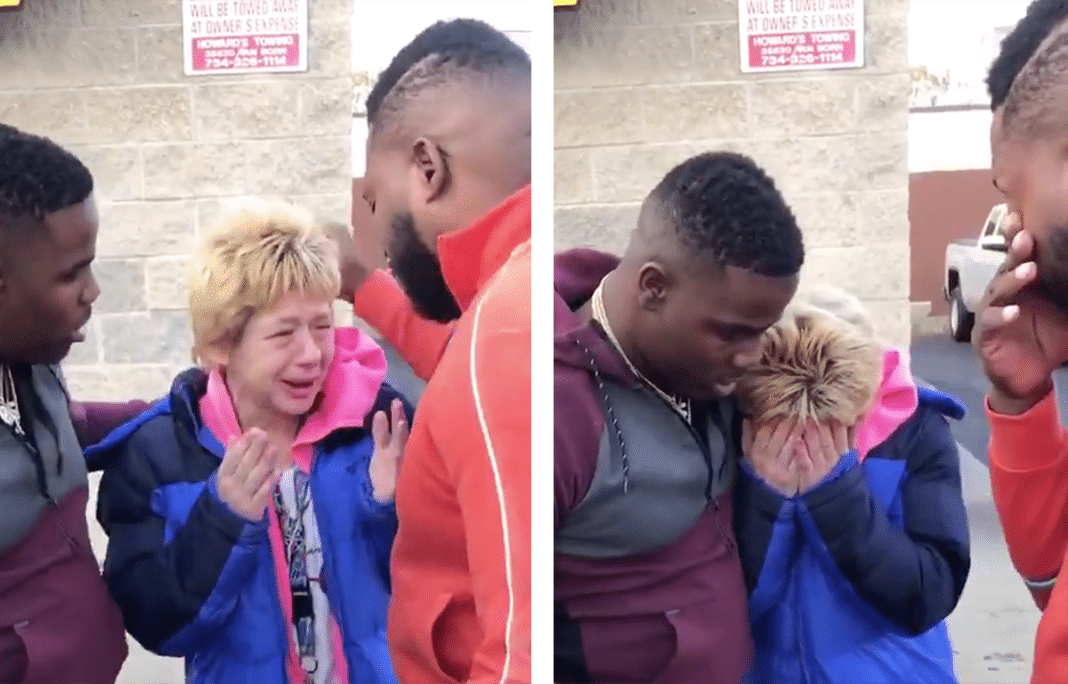 A woman just lost her husband. She was heartbroken and struggling as she had to scrape together pennies in order to pay for gas at the station. The widow had no idea that anyone was paying any attention to her, or that anyone even cared. That all changed when she encountered comedians who she now considers her guardian angels.

Carlos Haha Davis, who also goes by Mr. Big Fella, is a comedian from Detroit Michigan who has become famous for his funny Vine videos and Instagram clips. He has been mentored by Snoop Dogg and has worked on a Grammy-nominated album with Chance the Rapper. His real name is Terrell Davis.

What’s the point of waking up if your not going to chase your dreams ? pic.twitter.com/s5lJOyOQoY

He and his comedian friends made a quick stop for gas when they noticed a woman attempting to pay for her gas with pennies. The comedian gives back to the community, and he knew this was the prime opportunity to do so. He climbed out of the van and approached the woman to offer what appears to be 100 dollar bills in his hand. She’s instantly overcome with emotion and starts to tear up.

Davis handed her the money, prefacing it with a slightly humorous:

The woman doesn’t understand how they knew she was struggling, but it seems she has gotten the help she needed at exactly the right moment.

“My husband just died a week ago,” she said.

“We weren’t like this before. I didn’t ask nobody for nothing. I didn’t… I didn’t even ask you…”

Davis explains how he knew she was struggling.

“He told me you were paying for your gas with pennies so I had to show love. It’s only right,” explained Davis. “We gotta stick together.”

“God bless you. How do I repay you?” she asked.

“You don’t have to. Pay it forward,” responds Davis.

At that moment, she felt like God was looking down on her, in the form of strangers she didn’t know.

“I guess He does look down…” she said, through tears. “He says He’s watching you and watching you…“

It’s beautiful to watch and to know that guardian angels can appear when we least expect it in the form of our fellow human beings. Regardless of our race, or gender, or religion, we can be like “angels” to other people in their time of need.

There is hope in humanity. https://t.co/R33qxJsHON

When it was shared on Instagram, some people questioned the motives of filming what took place, but as one person realized that Davis is serving as an important role model.

“People commenting about it being recorded.. ABSOLUTELY RECORD IT because when children see good deeds being done by FAMOUS PEOPLE THEY EMULATE and this is what we need to bring our people together ❤️❤️❤️”

We can all use much more evidence of the random acts of kindness going on in the world every day. It’s inspiration for all of us to follow Davis and his friend’s example and keep our eyes open for those quietly struggling around us. We can never know how much even a simple gesture like a smile can mean to people out there.

Thank you to Haha Davis for sharing this heartwarming moment so we can all share in it, and be inspired to take part in our own random acts of kindness.

This week on #ILoveYou Saw a lady put pennies in her gas tank. I love you

See the video from Bigtime Media below: