Coastguards See Strange Dot In Middle Of Ocean, Make Sudden Realization When They Get Closer 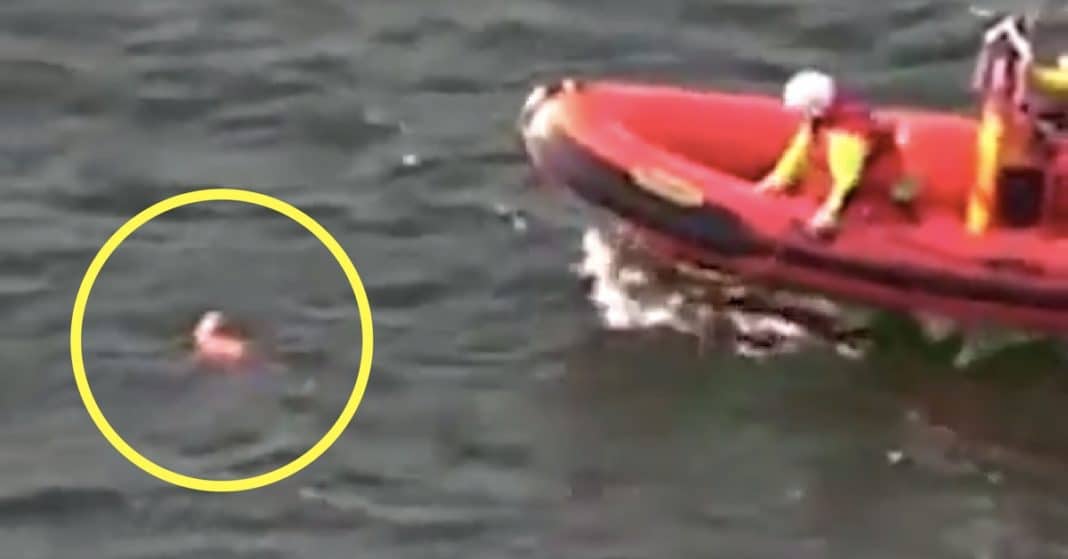 When you’re flying, everything below appears as a miniature of itself. Vehicles and people resemble ants. It can be hard to figure out what exactly is going on down below, but when you are familiar with the area you frequently pass over, you come to know when something below doesn’t look normal.

Members of the Maritime Coastguard Agency in great Britain noticed something was wrong when they spotted an unfamiliar dot in the sea. A blip that doesn’t belong in the water.

In Great Britain, just off the Moray coast between Hopeman and Burghead, the coastguard rescued a dog that found its way out to sea. Earlier this week, the coastguard was conducting a routine training exercise when those aboard spotted the cockapoo being swept out to sea.

Thankfully, the pooch was unharmed in its ordeal. The coastguard watched over the dog until the Moray inshore lifeboat arrived and lifted it aboard. The boat pushed off at the Findhorn base to which it returned with the wet yet safe pup.

A spokesman for the coastguard said the helicopter “was quickly able to locate the animal and alert the Moray inshore rescue boat based at Findhorn to its location.”

They pulled the dog onto the boat and returned it to its owners who were waiting on shore with the Burghead Coastguard Rescue Team.”

The Maritime and Coastguard Agency tweeted the video of the rescue. “During a training session in #MorayFirth today, the Inverness Coastguard helicopter helped locate a Cockerpoo being swept out to sea at #Cummingston,” they wrote. “Dog safely rescued by Moray inshore lifeboat #allsafe.”

It’s still unclear how the dog got all the way out there in the first place, but I’m glad, as I’m sure you are too, that he is now snug, safe, and sound.

Were you happy to see this dog rescued and brought to shore? So share this!