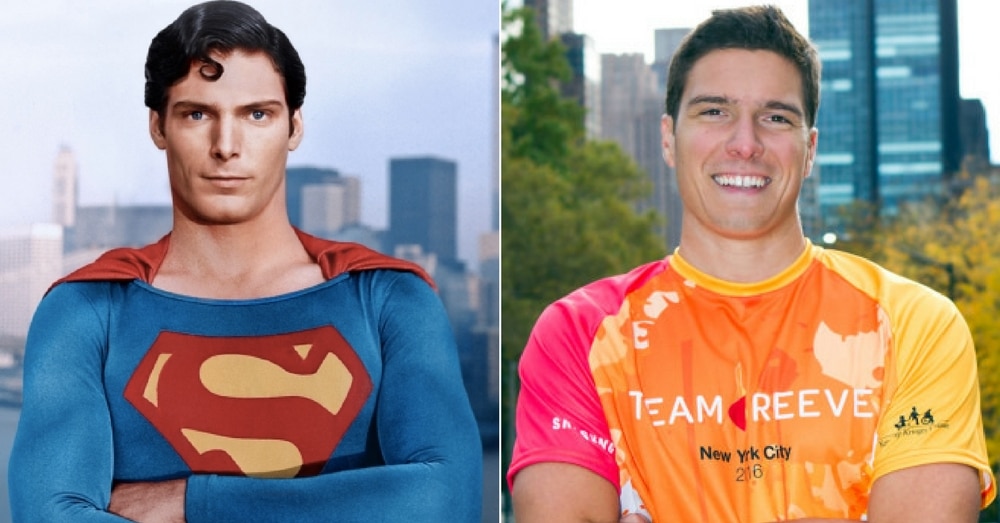 While training for his first-ever marathon, Will Reeve, son of the late “Superman” star Christopher Reeve, didn’t run into many problems.

He did, however, encounter a tiny dog, which sank its teeth into his ankle when he was running across a private driveway in Maine.

“A Shih Tzu nipped at my heels and drew blood,” says the 24-year-old, who works as a sports reporter for ESPN. “But I carried on running because it was just a flesh wound.

“It turned out the dog had all its shots, so now I’ve got a battle scar I wear with pride!”

Pride is just one of the motivations behind Reeve’s bid to run Sunday’s TCS New York City Marathon. The other is to personally raise $35,000 for the Christopher & Dana Reeve Foundation, the organization set up by his parents, of which he is a board member. The charity provides support for those with spinal cord injuries and raises funds for medical research.

Westchester resident Christopher became a disabled-rights activist after he was paralyzed in a horse-riding accident in 1995. Will was just shy of 3 years old at the time. Together with his wife, Dana, Christopher raised millions of dollars through the foundation, investing heavily in stem-cell research.

Tragically, almost a decade after his accident, Christopher, 52, suffered a massive heart attack and died in 2004. Just 17 months later, when Will was 13, Dana, a nonsmoker, succumbed to lung cancer at age 44.

The orphaned Reeve (who has an older half-brother, Matthew, and half-sister, Alexandra, from his father’s previous relationship with model Gae Exton) was raised by local family friends in Bedford, NY.

“Everything I do, I try to honor my parents’ legacy,” Reeve tells The Post. “I want to keep their names alive.”

Read more about how Will is honoring his parents’ legacy at the New York Post.