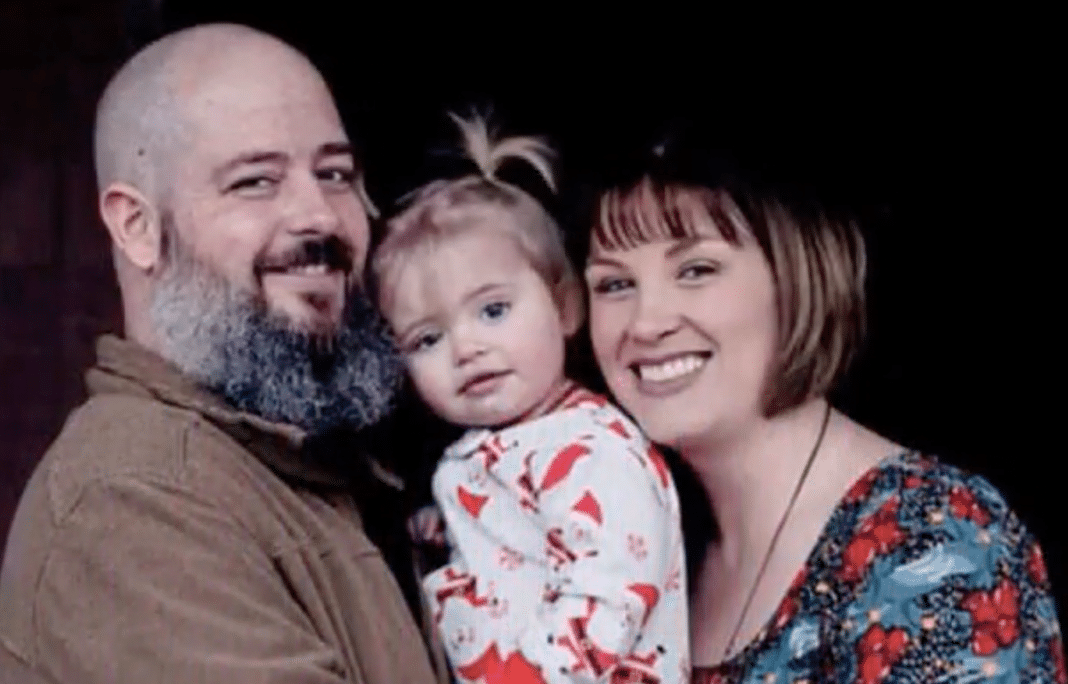 A pediatric nurse and 38-year-old mother, Nicole Engler had been trying to have children for 15 years, according to an account by her attorney. She was taken into custody after discovering the lifeless body of her 21-month-old child, Remy, who she had left in a hot car all day while she was at work.

Engler had put Remy in her car seat in the back seat but apparently forgot her there as temperatures reached 80º. Her husband usually took their daughter to daycare but had worked the night shift as an EMT, disrupting their usual schedule.

On a stop at a local coffee shop during her workday, Engler told the baristas that Remy was having “another happy day at daycare.”

According to this post by KEZI news personality Bryan Anderson, Engler “got into her car” at midday to go the coffee shop:

In jail, Engler was devastated, began pulling out her hair, and begged the police to let her kill herself while she was held in isolation. She was later released on $50,000 bond from family donations after being charged with second-degree manslaughter.

Two funds were set up, one in Remy’s honor and another to help Engler with legal fees.

Engler is reportedly on 24-hour monitoring and suicide watch by mental health professionals. She will not be allowed to drive, have access to weapons, or her passport for the duration of the trial.

Her employer has been a strong supporter for Nicole. Dr. Timothy Powell, president of Evergreen Family Medicine where Nicole Engler works, shared long posts on Facebook describing the hell that Nicole faced since finding her child’s body.

Powell laid out a plan to help Engler, saying he would have staff around her around the clock as well as help her attend doctor’s appointments and psychiatric visits.

Engler’s attorney, David Terry is trying to get the case dismissed, saying that Engler suffered a lapse of awareness after a change in her daily routine. He dismissed two judges in the case because of their interconnections with unidentified people involved in the case.

“She doesn’t want to live. She has nothing to live for,” said Terry. “To say that she is beyond devastation is literally an understatement.”

Her husband reportedly believes his wife was distracted by the details of her day at work and forgot that she hadn’t dropped off Remy at daycare that day.

Engler’s next court date is scheduled for August 27.

See the video from KEZI 9 , and ABC affiliate in Oregon below: