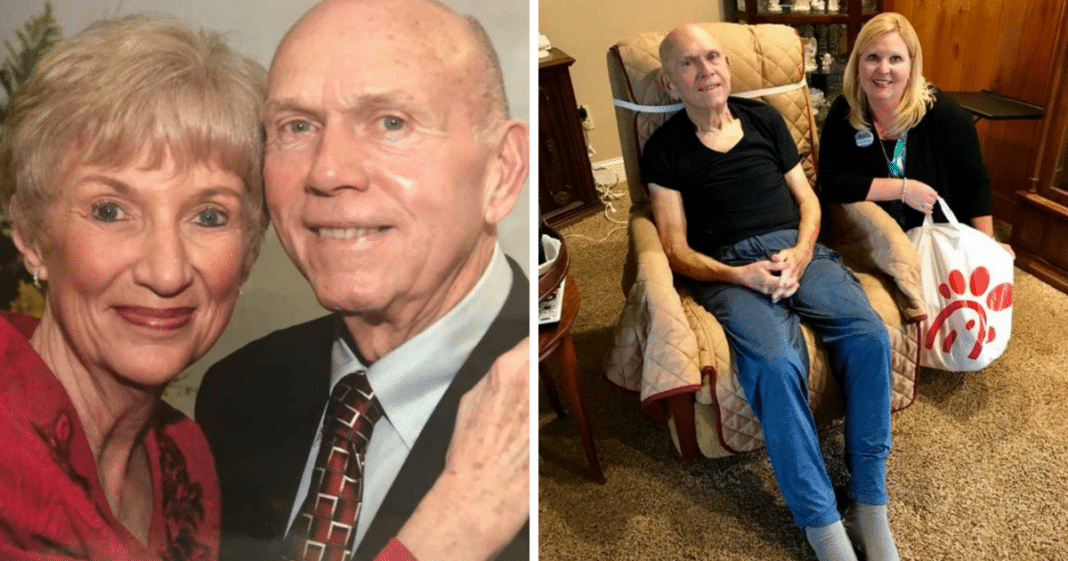 This beautiful story was submitted to Love What Matters by Lindsay Naramore McGuffey of Griffin, Georgia. It involves her grandparents and the generosity shown them by staff at a local fast food restaurant. It’s incredible what lengths some folks will go to to find someone they know by face and order but not by name. this staff wouldn’t quit until they found Lindsay’s grandparents Here’s why…

“I’m in tears seeing this photo.

“My grandparents went twice a week to Chick-fil-A. Religiously. Every week. They got to know the staff. The staff got to know them, even down to their order. They would set their table with flowers on special occasions, give them their order and say ‘it’s on me’ some days. They went above and beyond for my sweet grandparents. 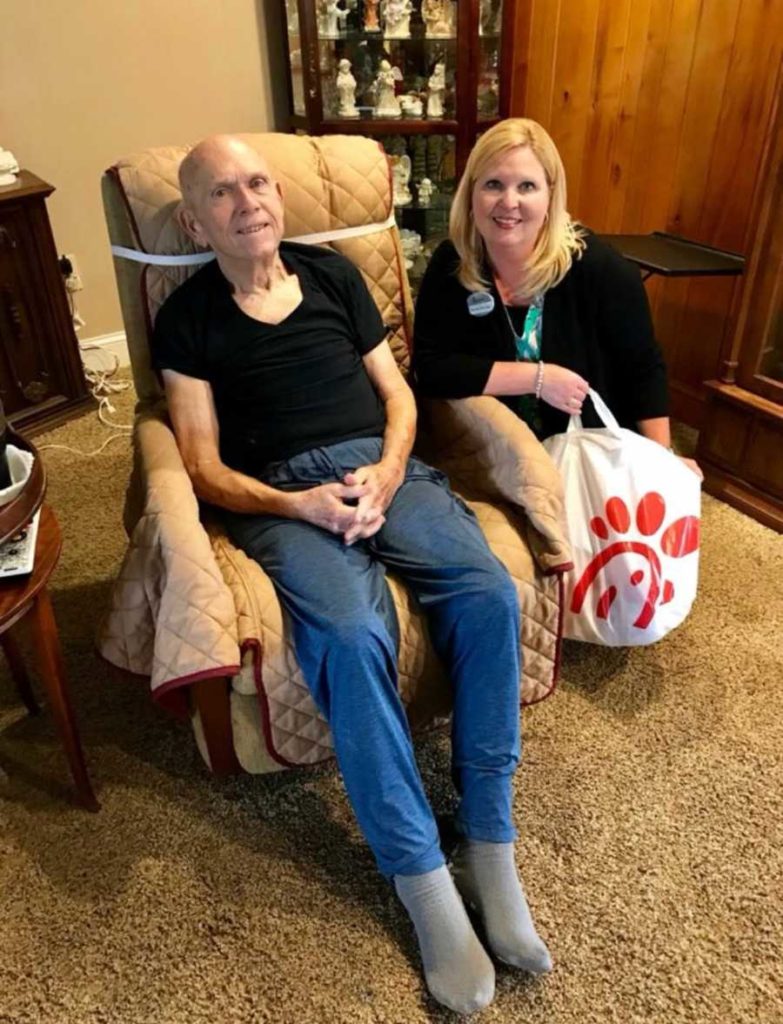 “But that’s not all. Recently my granddaddy’s health has diminished. He is overcoming a lot, making tons of progress, and is doing much better, but they haven’t been to Chick-fil-A in months. He hasn’t been able to physically get up and go to his favorite restaurant to see his favorite staff.  Over time, the staff became worried and they knew something wasn’t right when they hadn’t seen  ‘Bobbie and Richard’ in a while. They knew their children/grandchildren worked in the local school systems, so they contacted teachers they knew here, but they didn’t know their last names so they couldn’t find them.

“But they never gave up. They described them as a big family, with lots of land, who all lived close together. After recruiting help, searching churches, and searching the schools, they finally found my grandparents! And look what happened next… a delivery to their house, with their order… down to salad dressings and how many packages of nuts they like on their salads.

“They drove more than 30 minutes to hand-deliver them their Chick-fil-A. They drove all the way to see their favorite couple and deliver a meal to them in a time of need.

“When my Nana sent me this picture, I cried. To me, my grandparents are saints — But when I see other people love them and care for them just as much, it is so special. The part that touched my family the most was seeing the impact my grandparents had on people they encountered every day, and seeing those people go the extra mile to see them, not because they had to, but because in their hearts, they wanted to. The food was just an added bonus. 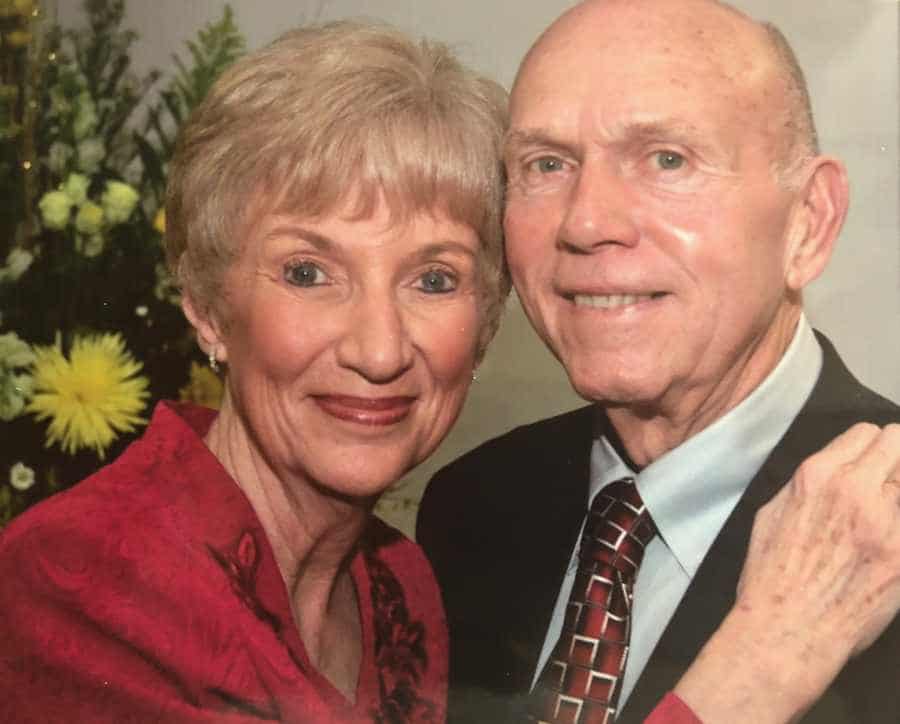 “That night, this was all my granddad could talk about. I sat and listened to him and all I could think was how lucky I was for him to be my granddaddy. My grandparent’s presence is something that everyone takes notice of no matter where they go, and the kind people at Chick-fil-A were no exception.

“Thank you Griffin, Georgia, Chick-Fil-A for being beyond generous and giving during this difficult time. I am blown away by what I witnessed this day. This is a moment that will forever be embedded into this family’s hearts and minds. The food was eaten and gone that day, but the impact this had will last a lifetime.

“There are angels on this earth. Keep your eyes open for the good through all the bad in this world.”