CEO Meets Homeless Mom While Undercover, Has No idea His Life Is About To Change Forever 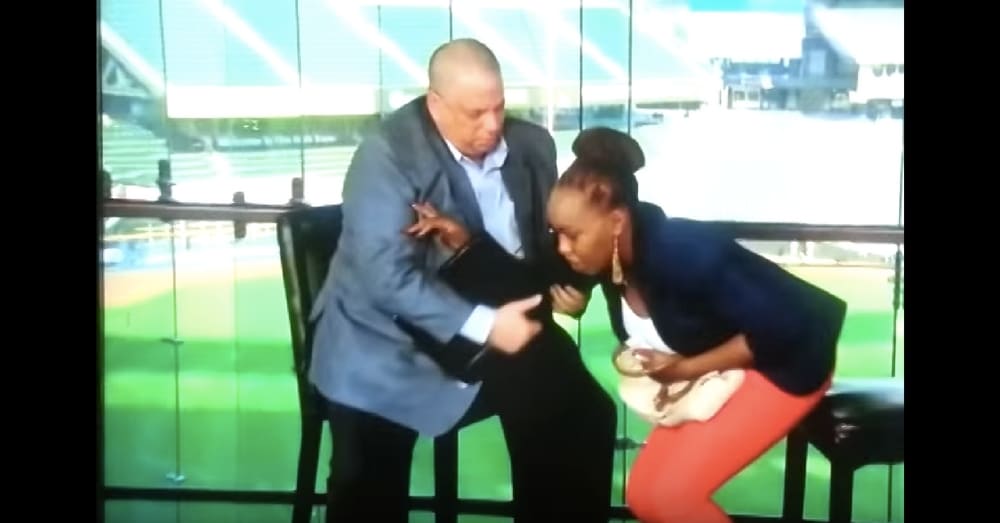 The show Undercover Boss draws fans in as they watch the CEOs of big companies go undercover to see what their businesses really look like day-to-day. The surprises they receive range from horrible to incredible, and it really gives them a chance to see what life is like for the people who work for them, people they would probably never meet under typical circumstances.

When sporting goods company Modell’s CEO Mitchell Modell decided to go undercover, he temporarily changed his appearance, shaving his head and growing a mustache so he would be unrecognizable, but he had no idea that the experience would change his life forever.

While Mitchell was working in one of his stores he got trained by Angel, one of the shift managers. Right away he was impressed by her knowledge of the business, patience with him, and passion for what she was doing.

As they worked together on the floor she opened up to him and he realized that, despite her calm and professional demeanor, Angel was dealing with a lot.

“I love this job… but it hasn’t always been this way,” she admitted, explaining that she was a single mom and lived with her children at a homeless shelter.

Despite her circumstances, though, Angel had nothing but encouraging and uplifting things to say to Mitchell.

“Let me tell you something,” she said, “things get better. As long as you have that drive and push things are gonna get better. You’re gonna be fine.”

When his time undercover was over, Mitchell revealed his true identity to Angel and told her he hadn’t been able to stop thinking about her. He said he was devastated that anyone in his employment would have to live in a homeless shelter.

Because he was so impressed with Angel’s work ethic and professionalism, he told her that he was going to promote her to assistant manager, a promotion that came with a $14,000 raise.

Angel immediately broke down in tears, but Mitchell wasn’t even close to being done yet. He told her that it killed him to think that she and her kids had to live in a shelter, so he gave her a check for $250,000 so she could buy a home. “I want you to move out of there immediately,” he said, “like tonight.”

Angel was so overwhelmed by his generosity that she fell to the floor, weeping. Mitchell sat with her until she could regain her composure.

“I want to tell my children that we’re not going back to the shelter anymore,” Angel excitedly said afterward, “that we’re going to have our own place. They can run out back, play in their backyard. They can be kids.”

Were you touched by what this CEO did for his employee? So share this!