Cat Walks 12 Miles Home To Family Who Rejected Him, Rescuers Step In When Owners Want Him Euthanized 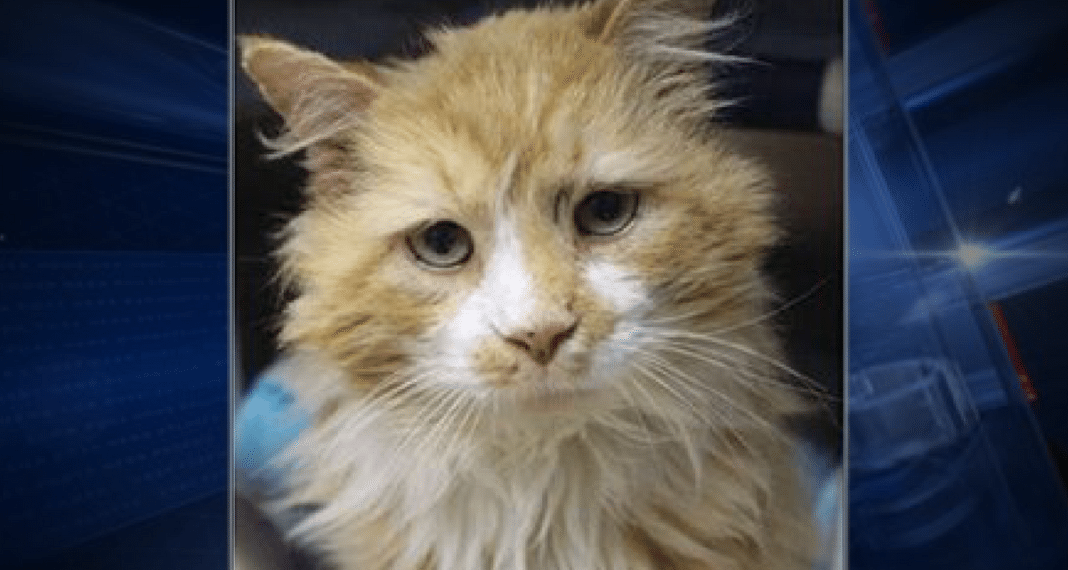 A cat from Raleigh, North Carolina became a local celebrity and the face of a campaign for the 2018 Dog Walk charity event after he walked 12 miles to be with his family, only to face rejection – twice! The story then propelled the cat to feline stardom!

The seven-year-old red cat named Toby was rejected by his human family, who had given him up to another home. Toby missed his original home so much he made a dangerous trek to find his family again, covering 12 miles to his old neighborhood.

Despite that impressive display of loyalty, the family decided to take him to the animal shelter, where they asked for him to be euthanized.

He apparently wasn’t getting along with their other cats and had arrived at their home as a stray. But why would they want to euthanize him?

Fortunately, the animal shelter contacted the SPCA of Wake County, who rescued the cat, offering him another chance at life.

The cat’s story made him locally famous, and he became the face of the 2018 Walk & Woofstock.

“If he is willing to walk 12 miles to save his life, will you walk one?” said the ad.

When Toby's family no longer wanted him, they gave him to another family. But Toby missed them, and walked 12 miles back…

Posted by SPCA of Wake County on Wednesday, April 4, 2018

Toby the cat probably isn’t the face one would expect for a dog walk, but it actually is meant to help all the animals at the SPCA.

“Even though it is a dog walk, you’re still helping all of the animals in our care,” said the SPCA spokesperson.

After an adjustment period at the SPCA, Toby became a favorite with volunteers, and soon had a new home lined up.

As it turns out, miles away, famous radio host Howard Stern’s wife, Beth posted about Toby on Instagram, which would lead to finding Toby’s new mom, Michele in North Carolina.

“It took a few weeks of waiting, but he was adopted Friday the 13th in April!”

I woke up to some amazing news!!! I posted this pic of Toby who was given away by his family and traveled miles to get back to them only to be picked up and taken to a shelter to be euthanized. I shared his story and one of my Instagram followers in NC went to the shelter and adopted him. What a beautiful ending to a really sad week I’ve had. Yay, Toby!! And THANK YOU to his new family. ?♥️? #lovedforevernow

Toby’s story has officially gone super-viral, appearing in publications like the Huffington Post, People magazine, and even being featured on the Today show. His story has traveled around the globe, reaching New Zealand, Italy, Canada, and South America.

Friends! WOW! Toby's story has been shared around the world! He was discarded by his first family and now truly has a…

Best of all, all of the positive attention for this kitty has resulted in more donations for the SPCA, so they can continue to rescue and care for other pets like Toby, who certainly deserve a loving home.