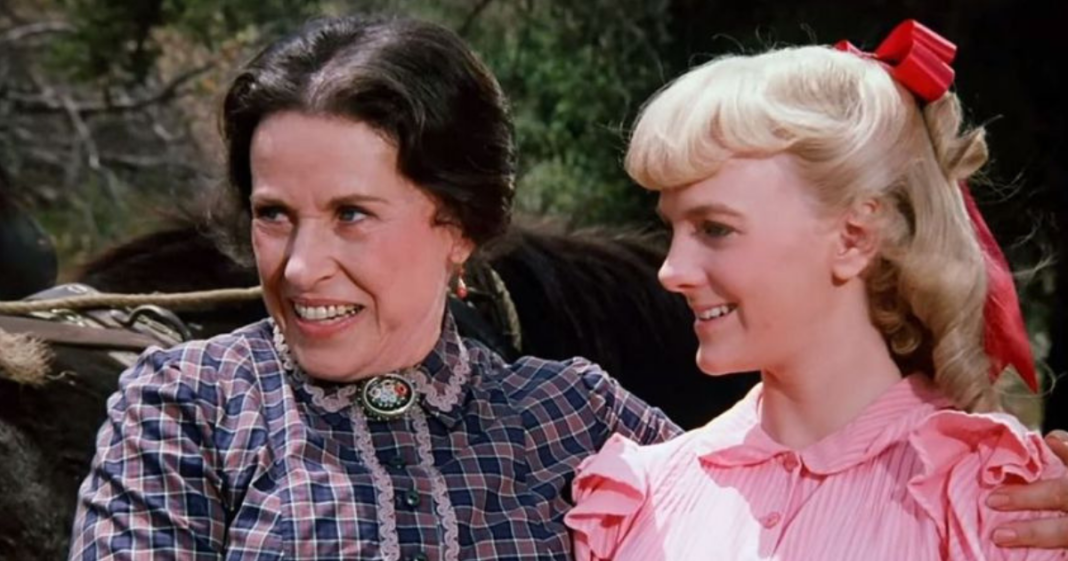 One of the characters we loved to hate on Little House on the Prairie was petty, gossiping Harriet Oleson, mother of the infamous Nellie Oleson. Harriet was played by actress Katherine “Scottie” MacGregor. We just learned that MacGregor has died at age 93.

The NBC series ran from 1974-1983 and MacGregor played her character for the entire run of the show.

As Harriet on the long-running hit TV show, she stood out in sharp contrast to the loving Ingalls family who was the show’s focus. Harriet loved stirring up the pot in the little community and never missed a chance to try to promote her equally vile daughter. 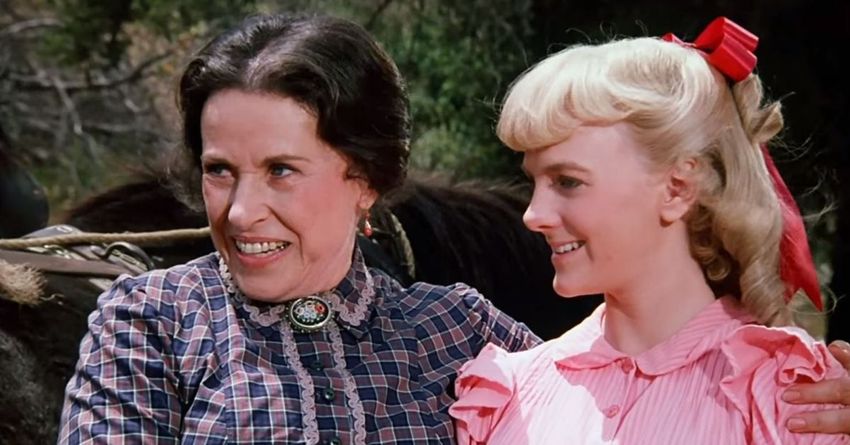 William Shatner tweeted on Wednesday that she was “deliciously wicked” on the show.

? She was deliciously wicked in Little House. Condolences to her family. https://t.co/TVWjY93Fpa

The star of the show, Melissa Gilbert—who played Laura Ingalls—put this on her Instagram.

“I just got word that Katherine MacGregor passed away yesterday. This woman taught me so much… about acting… vintage jewelry…life.

She was outspoken and hilariously funny. A truly gifted actress as she was able to play a despicable character but with so much heart.

Her Harriet Oleson was the woman our fans loved to hate. A perfect antagonist.

The thing people outside of our prairie family didn’t know, was how loving and nurturing she was with the younger cast.

I really loved her and I find great comfort knowing that she is at peace and, per her beliefs, her soul has moved on to its next incarnation.Farewell Scottie. I hope with all my heart we meet again next time.” 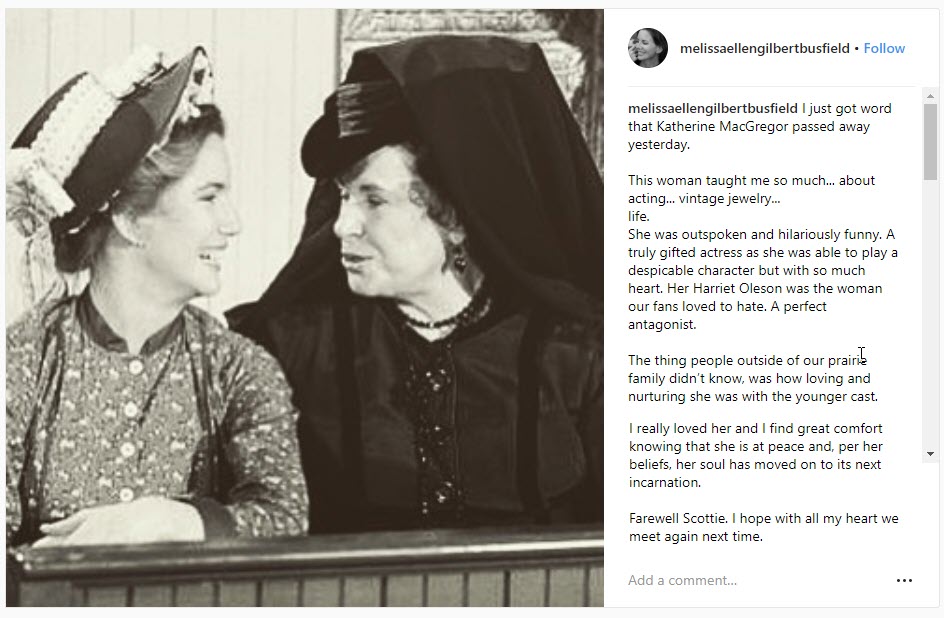 MacGregor’s on-screen daughter, Alison Arngrim, said that MacGregor “had an extremely long and full life and is at peace … we will all miss her” and “Long live our beautiful Harriet. Long live the immortal Katherine MacGregor!.”

According to Wikipedia, MacGregor was born Dorlee Deane McGregor on January 12, 1925. She graduated from Colorado’s Northwestern University with a degree in drama and moved to New York City in 1949.

MacGregor was living at the Motion Picture and Television Fund’s retirement community in Woodland Hills, California, her attorney Tony Sears has reported. She was reunited with her on-screen husband, Richard Bull, who moved into the community before his death in 2014.

Before she began acting, MacGregor was a dancer in New York and worked as an instructor for the Arthur Murray Dance Studios. She studied acting under the legendary teacher Sanford Meisner.

She retired after Little House ended, and became an acting teacher for children. She appeared on screen one more time for a 2014 short film that chronicled her pilgrimage to India. She converted to Hinduism after her recovery from alcoholism.