Cashier Lets Boy With Down Syndrome Scan All His Items, Then Manager Calls Him To His Office… 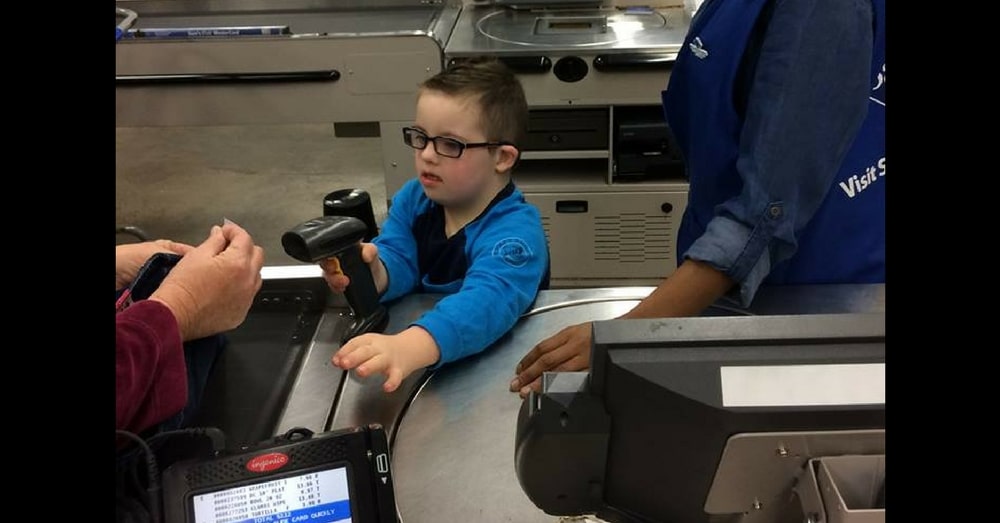 Sometimes all it takes is a little kindness shown by one person to change someone else’s entire day. April Rouse experienced this firsthand when she took her son Carter, who has Down syndrome, grocery shopping with her at Sam’s Club.

As they finished their shopping and headed to the checkout one of the cashiers started waving and smiling at Carter. The mom and son picked her line to check out in, but little did they know Carter was in for a big treat.

Endlessly curious, Carter began to inspect the register and the barcode scanner. When the cashier, Jalessa Waddell, noticed this, she offered to let Carter scan all of the items he and his mom were purchasing that day.

With patience and kindness Jalessa guided Carter through the whole process, which left the young boy over the moon.

After Carter finished scanning everything April prepared to pay and leave the store, but that’s when store manager Mike Russo walked up. He had noticed Carter working the register and congratulated him on a job well done. He then asked April if he could “borrow” Carter for a second.

When the pair returned April couldn’t believe her eyes. Carter was dressed just like a Sam’s Club employee, complete with a blue vest and badge! Mike then took Carter on a tour of the store, introducing him to the other employees.

While the kindness Jalessa and Mike showed that day might not seem like a big deal to them, to Carter and April their actions meant the world. Many people look down on those with disabilities or might think they are not capable of doing very much, but that is simply not true!

We’re sure this day is one Carter will not soon forget, and hopefully the love and encouragement he was shown that day will boost him on to even greater things!

Were you touched by what Jalessa and Mike did for Carter that day? So share this!