Carrie Underwood Suffers Serious Accident, Might ‘Look A Bit Different’ When She Returns To Stage 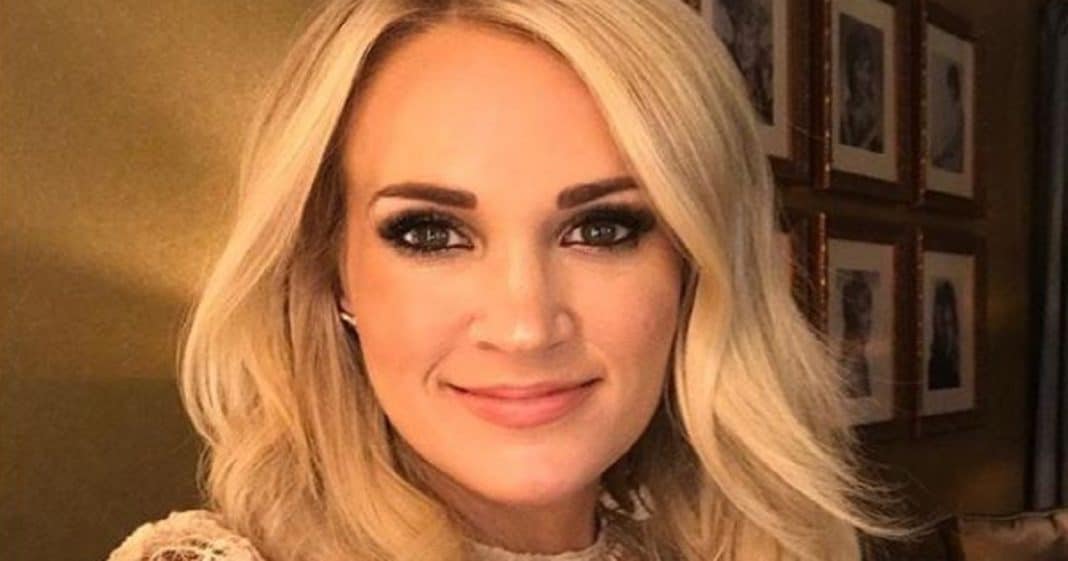 For over a decade, country singer superstar Carrie Underwood has captivated live audiences with her set of powerful pipes; she’s rocketed to the top of both the country and pop music charts. Like fellow country divas, Faith Hill, Martina McBride and Shania Twain, Carrie’s touched the hearts and moved the feet of pop music lovers alike.

But this time Carrie’s in the news for something other than her music. TMZ reported that in November of last year, she suffered a severe fall on the steps of her home and required surgery. Doctors needed to put between 40 to 50 stitches on her face.

The multi-award winning 34-year-old performer sent a note to her fan club explaining: “It’s crazy how a freak random accident can change your life.”

She continued: “In addition to breaking my wrist, I somehow managed to injure my face as well.”

“I’ll  spare you the gruesome details, but when I came out of surgery the night of my fall, the doctor told Mike [Underwood’s husband] that he had put between 40 and 50 stitches in.”

In a roundabout way, Carrie expressed how this injury to her face is affecting her ability to show her face in public: “When I am ready to get in front of a camera, I want you all to understand why I might look a little different.”

Despite the nasty injury, Carrie also told her fans she’s healing. She ended her message by sharing her optimism for the new year and how fortunate she is to have received so much support after her accident: “I honestly don’t know how things are going to end up, but I do know this: I am grateful,” she wrote. “I am grateful that it wasn’t much, much worse. And I am grateful for the people in my life  that have been there every step of the way.”

Carrie took to social media before the holiday. She posted a photo where she kept her face covered. She made no mention of her injuries.

When in 5 degree weather, wrap your @caliabycarrie scarf around your neck and face…you keep warm AND look like an awesome winter snow ninja! #WinWin #StayThePath #LetItSnow #BabyItsColdOutside ❄️ ⛄️

Because of the accident, she wasn’t able to perform at the Country Rising benefit a few days after her fall. We wish Carrie a speedy recovery. We miss her passionate vocals and fun attitude. We know that with time and continued support, Carrie will be as good as new in no time.