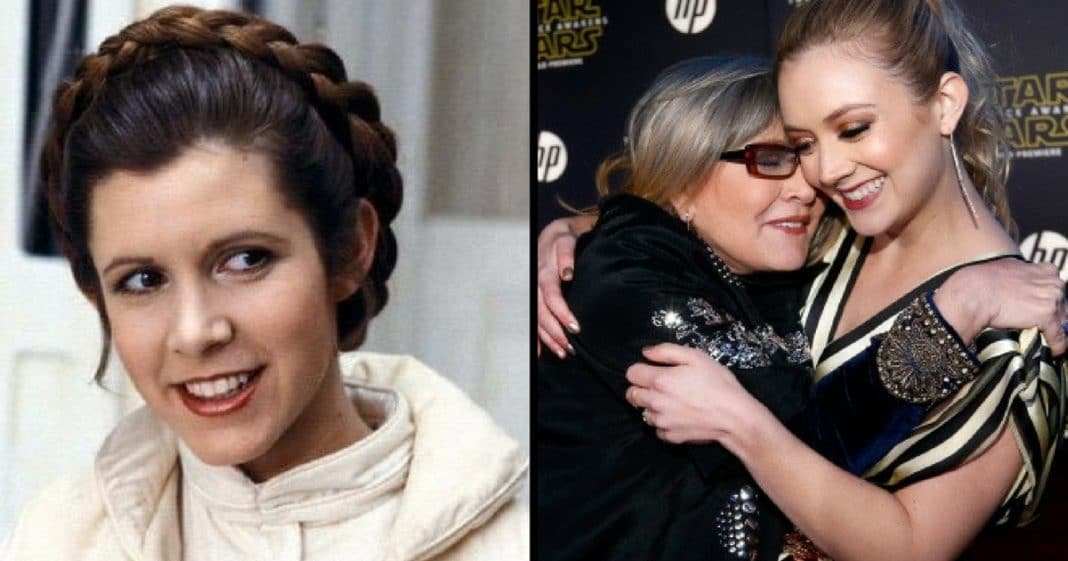 May the Fourth just isn’t the same without Princess Leia.

This year’s celebration of the “Star Wars” holiday is the first since Carrie Fisher died last December at the age of 60. In her honor, Fisher’s daughter, actress Billie Lourd, shared a sweet throwback photo Thursday that will put a smile on any “Star Wars” fan’s face.

The picture shows Fisher carrying a young Lourd in her arms, with Chewbacca right behind them. The caption reads, “#maythe4thbewithyou.”

Lourd, 24, paid tribute to her mother last month at “Star Wars” Celebration in Orlando, Florida. Wearing a Princess Leia-inspired outfit, she shared some words on Fisher’s breakout performance in the popular movie series and what it meant to the legendary star.

????? feeling the ultimate strength of the force from all of the incredible fans at #starwarscelebration after our tribute to my #momby

“Thank you for loving her and carrying on what she stands for. I’m beyond grateful,” she told the fans in attendance, leading into a beautiful video tribute to Fisher.

See the Star Wars tribute to Carrie Fisher on TODAY.