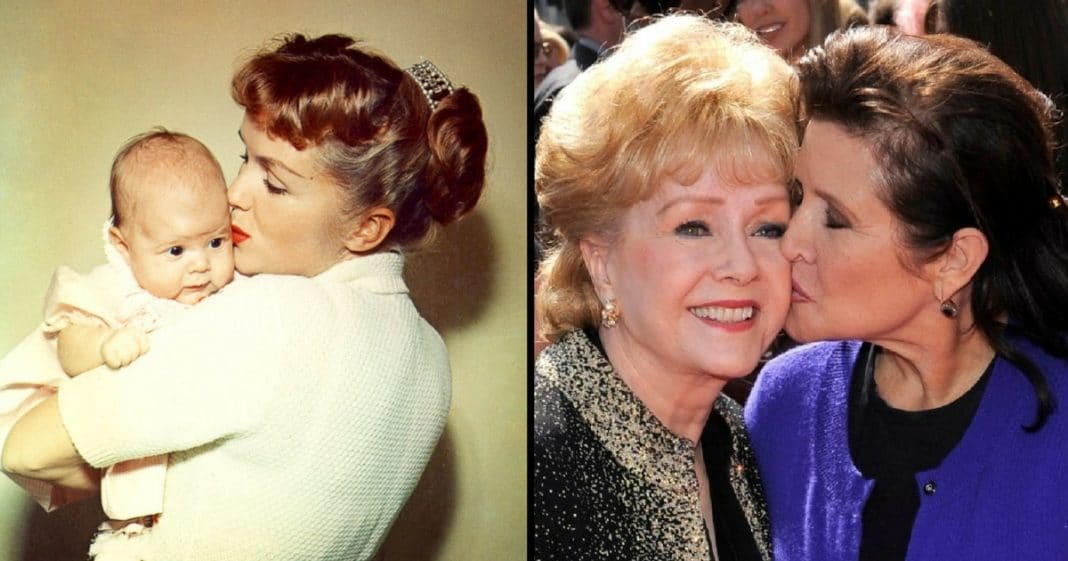 Not even death can break the incredible bond between Carrie Fisher and Debbie Reynolds.

The mother-daughter duo, who died within a day of each other last December, were laid to rest at the Forest Lawn Memorial Park in Hollywood Hills the following week in a joint funeral service with friends and family.

Now, the two have a resting place that speaks to their love for one another. Instead of two separate tombstones, Reynolds and Fisher share a large marble memorial that features a sculpture of two figures embracing one another.

Fisher was reportedly cremated with some of her ashes placed inside a giant Prozac pill and buried with Reynolds.

Mourners have covered the front of the memorial with flowers and candles in honor of the late screen legends.

The Grave Site of both Carrie Fisher & her Mother Debbie Reynolds.

The Forest Lawn cemetery is also the final resting place to Hollywood greats like Liberace and actresses Bette Davis and Lucille Ball.

Read more about this touching tribute on HuffPost.