‘Carpool Karaoke’ Goes Broadway, And It’s Better Than We Ever Could Have Hoped 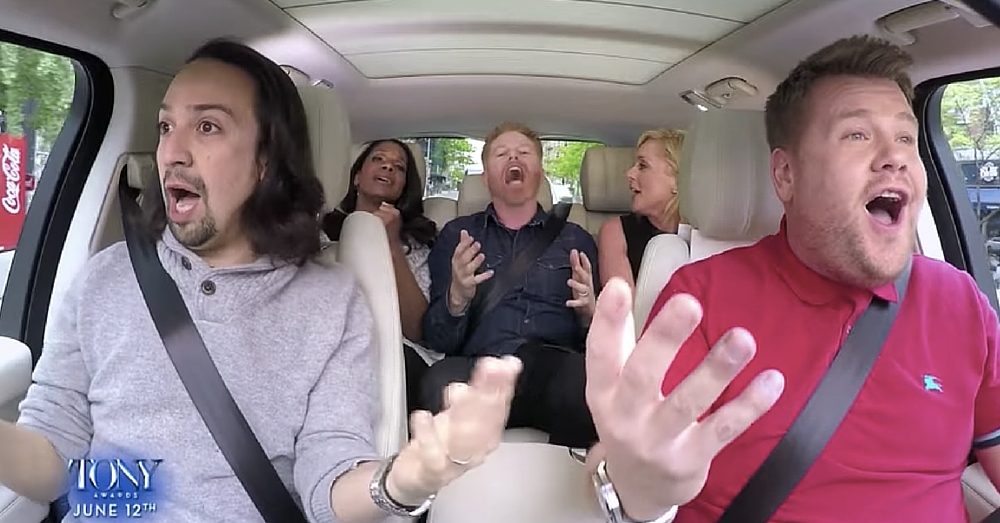 Late Late Show host James Corden has made a name for himself with his “Carpool Karaoke” sketches. The videos feature Corden picking up a singer, actor, or band, and driving them around town while they chat and sing together.

While it may sound like a simple concept, these videos have won the hearts of Corden’s many fans and have made him a household name.

In preparation for his upcoming gig hosting the Tony Awards, Corden featured a new type of guest he hasn’t had on before – Broadway stars.

The sketch starts out with Corden talking to the creator and star of the massively popular musical Hamilton, Lin-Manuel Miranda. Together they sing the show’s opening number, “Alexander Hamilton,” and then talk about the community the actors have on Broadway.

Right on cue they find actors Audra McDonald, a six-time Tony winner, Jesse Tyler Ferguson, and Jane Krakowski, and invite them to join in on the fun.

The crew sings their way through some popular show tunes, like “Seasons of Love” from Rent and “You’re Just Too Good to Be True” from Jersey Boys. Then they end their ride with an epic finale that you just have to hear to believe.

Did you love watching these stars belt out show tunes as much as we did? So share this!