She Can’t Stop Thinking About Woman On Street. When She Sees Sign She Knows It’s ‘Providence’ 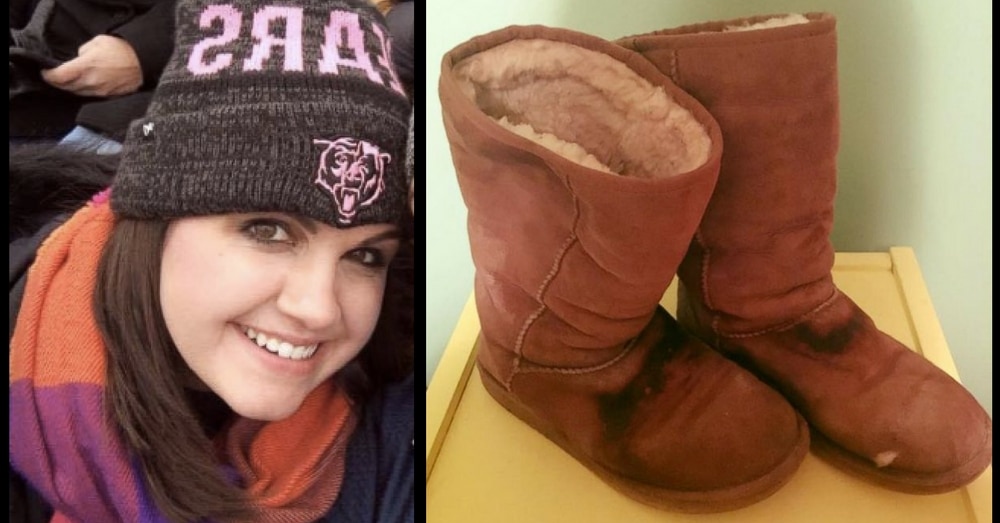 It was a frigid day in the Windy City when Kelly McGuire decided to go to a Chicago Bears game with some of her friends. With highs in the 30s, she layered up to protect herself from the bone-chilling cold.

“I wore Under Armor pants and an Under Armor long sleeve shirt along with 2 additional pairs of pants, 4 shirts, 2 sweatshirts, 3 pairs of socks, 2 pairs of gloves, a coat, a hat, a scarf, and my favorite new pair of winter boots,” she recalled.

After dinner the group walked across the street to grab the train and that’s when Kelly saw her – a homeless woman crouched down, trying to stay out of the cold.

As Kelly watched her she said she felt like she was going to throw up.

“I had passed countless amounts of homeless people all day but for some reason I was so drawn to this woman,” she said. “I told my friends to please wait for just a moment and I tried to quickly get back across the street to talk with this mystery woman.”

As she approached the woman she read her cardboard sign. It said, “I am in need of winter boots and winter clothing items.”

Kelly said that right then she knew she was supposed to give the woman the winter boots she was wearing.

That’s when Kelly realized that she had everything that woman needed right in her bag!

“I handed her the bag of clothing and winter items that I had taken off at Giordanos, and my leftover pizza, and told her that I would like to give her my boots,” Kelly recalled. “She stood up and cried. I sat down with her, untied my boots, and slid off the top layer of my fuzzy warm socks and handed them to her. She said they were the nicest shoes she’s ever had.”

Kelly and the woman exchanged names and talked for a few minutes.

“We talked a lot,” Kelly said. “Not through words as much as just by looking at each other. She looked worn and tired when our eyes first met but by the time I left I could sense the warmth of her personality and the thankfulness in her heart.”

When it was time to board the train, Kelly started to walk away in just her socks. That’s when the woman called her back.

“She who had nothing, offered me these boots. HER boots,” Kelly said. “I wore them all the way home.”

Once Kelly got home she knew she had to share her story, not because she is looking for praise, but because she wants other people to be able to experience the same connection and joy she felt when she helped this woman in need.

“If you have the urge to do something kind for someone,” she wrote, “I want to encourage you to do it.”

Were you touched by the kindness Kelly showed this homeless woman? So share this!