He Can’t Go In So Husband Spends Every Day Outside Door. The Reason Why Will Break Your Heart 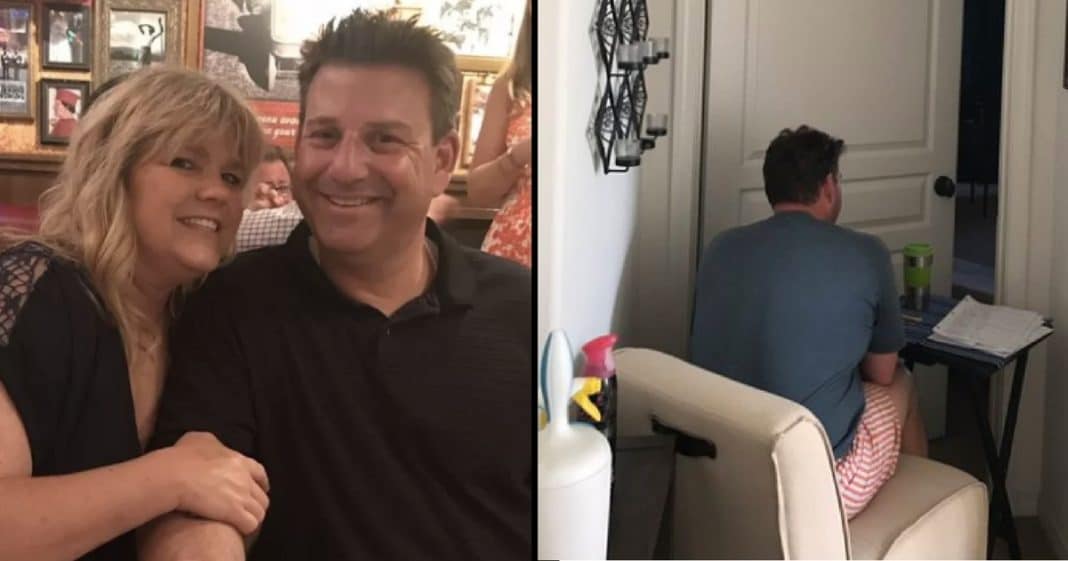 When couples get married and say their wedding vows, one of the things they promise is to love and care for each other in sickness and in health. At the time, most couples probably aren’t thinking too much about what that would actually, but one husband is showing it, and his actions have won the hearts of millions around the world.

When Marci Newman was diagnosed with thyroid cancer in October, her husband, Jon, was determined to ride the storm out with her. He has stuck by her side the whole time, caring for her every need.

“Jon goes to every doctor’s appointment, every blood test, every surgery, every radiation,” Marci said.

Recently, Marci had to go through a radiation treatment that meant she had to be isolated for a time. While Jon couldn’t be by her side, he decided to stay as close to her as he could.

The couple’s daughter, 17-year-old Mackenna, snapped a picture of her dad sitting outside her mom’s bedroom. The photo quickly went viral for its poignancy and the love it so clearly displays.

My mom has to stay in her room in isolation for her cancer radiation so my dad set up a desk at her door to keep her company and I’m crying pic.twitter.com/rucH9HfDvk

While some might be tempted to leave when the going gets tough, Jon proved that he is in it for the long haul, and he is going to be by his wife’s side (or as close as he can get) for the rest of their lives.

Mackenna said her dad stayed outside her mom’s room for the entire time she had to be isolated. She is happy to see him getting so much recognition and support.

“I just thought it was sweet because they are so in love,” she said. “The amount of love I’ve received is crazy and I didn’t expect any of it, but I’m so grateful.”

Were you touched by Jon’s love and care for his wife? So share this!