She Can’t Figure Out Why Dog Keeps Growling, Then Walks Outside & Immediately Calls 911 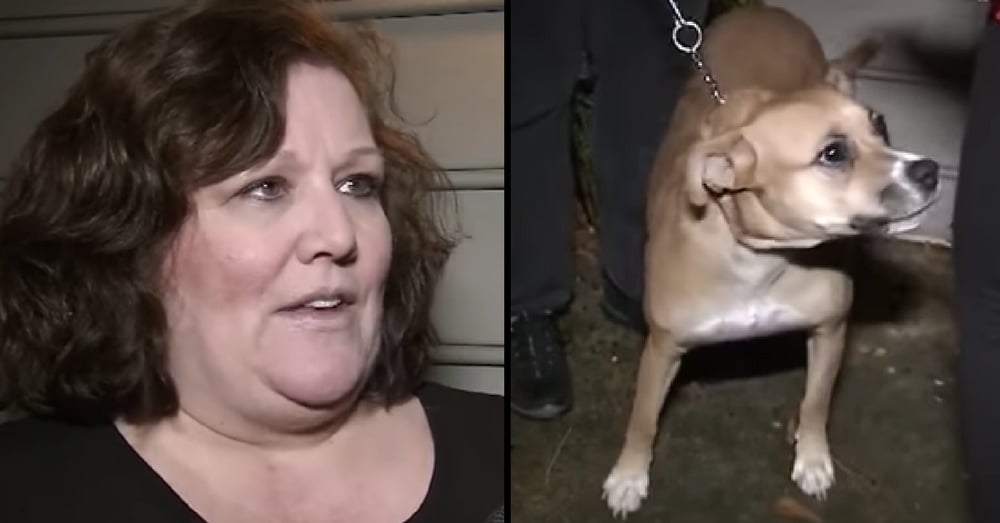 Three-year-old shepherd mix Kailey has a hard time trusting humans. It’s no wonder – for the first two years of her life she was badly abused by her owners.

Thankfully she was rescued and brought to the DeKalb County Animal Services in Decatur, Georgia. From there she went to stay with a foster family, but after a year went by and no one wanted to adopt her, animal services felt it was time to put her down.

“Her one issue was that something has happened to her in in her past so that if you try to touch her and she did not know you she would snap at you,” explained her foster mom, Jacqueline Berlin. “Because of her issue it was really hard to get her adopted.”

Jacqueline was desperate to see Kailey find a good home before it was too late, so she put out a plea on the animal shelter’s Facebook page to see if she could find anyone who would be willing to take Kailey in.

That’s when Suzy Chandler saw Kailey for the first time. When she read the dog’s tragic story she knew she had to save her, so she applied to adopt her and took her home.

“The story of what she had been through and it just pulled on our heartstrings, we just thought we would be the perfect people for her,” Suzy said. “It was a perfect match.”

Little did Suzy know just how serendipitous that match would be.

A couple weeks later Suzy noticed Kailey was acting strange. She kept growling and barking, but Suzy couldn’t figure out why. She decided to take Kailey outside to see if what was agitating her was out there, and that’s when she smelled it.

Kailey led Suzy to the side of the house where she immediately noticed the strong smell of natural gas and heard a “whooshing” noise. She grabbed her phone and called 911.

When the fire department came they confirmed there was a gas leak and were thankfully able to evacuate people from the nearby houses and apartment complex without any injuries.

Suzy knows that if Kailey hadn’t smelled the gas it might have gone undetected and many people could have been injured or killed. Now she is encouraging others who have the ability to open up their hearts and homes to animals in need.

“If you have the space, you have room in your heart to take in a needy animal, to love on them, I mean it comes back to you tenfold,” she said.

Were you happy to see Kailey rescued and then see how she rescued others? So share this!